4 Noteworthy Advances in Medical Technology in 2017

The beginning of a new year is often a time of reflection and looking to the future, and the world of medicine is no different. In the past year, we have seen how new technologies have impacted cardiothoracic surgery as well as how technology influences interactions between patients and physicians.

Here, we look at more technology advances that can impact medicine in 2017.

1. The ability to take the lab with you

Mobile technology can do almost anything these days — lock your home or car, allow you to monitor your property when you’re at a different location, purchase nearly any item instantly. The same technology has been making waves in medicine, allowing doctors to update and access patient records from anywhere or to consult on cases or see patients virtually. Now, it seems mobile technology will add portable labs to its list of features for physicians.

The Imperial College London and DNA Electronics have developed a disposable USB stick that detects the amount of viral load in an HIV patient’s blood. If this technology is perfected, notes The Washington Post, it could help identify a variety of foreign invaders in a patient’s blood.

2. Virtual reality for treatment and prevention

Virtual reality can be used for more than entertainment. The technology has been used for medical education and simulation, and has now been found to have benefits for preventing falls in older adults and treating issues like phobias.

A randomized trial published in The Lancet showed older adults who completed treadmill training with a virtual reality simulator fared significantly better in fall prevention than those who completed just treadmill training. This is because the use of virtual reality allowed participants to practice navigating real-life challenges such as obstacles in a walkway, distractions and multiple pathways, without the risk of injury.

Swedish researchers are testing a virtual reality app aimed at reducing fear of spiders. The app slowly exposes users to a variety of life-like spiders in different settings. The study is ongoing, comparing the effectiveness of the app versus traditional therapies for phobia.

According to The Cleveland Clinic, 600,000 patients have received metal coronary artery stents to treat coronary artery blockages. Many of the stents stay in place long after they have served their purpose, which can make scans and future surgeries difficult.

This issue could soon be a thing of the past. In July, a bioabsorbable stent was approved in the United States. Similar to dissolvable sutures, the stent is made of a naturally dissolving polymer that widens the artery for two years before it’s dissolved into the body.

What was once a science fiction plot line, has now become a reality in medicine. Take for example, Watson, IBM’s AI prototype. It can identify a pulmonary embolism on a CT scan and detect abnormal wall motion on echocardiography.

A recent JAMA article notes that the role of the radiologist has shifted thanks to the increasing amount of data in fields like radiology, making way for the use of more complex software and AI to analyze data and information about tissues that may be invisible to human eyes.

What advances in medical technology will you be keeping an eye on in 2017? 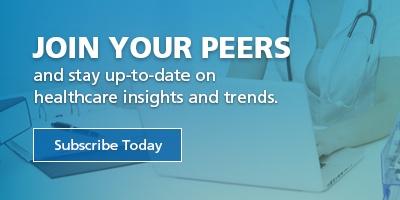