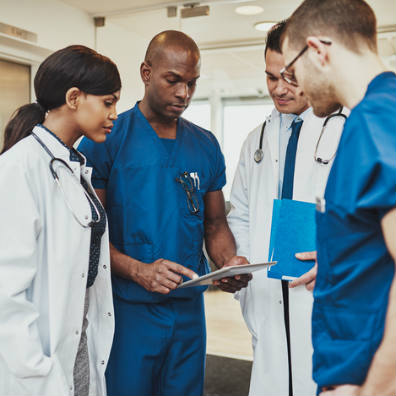 Although Baylor College of Medicine is now a preeminent center for cardiothoracic surgery, it is a relatively young institution — less than 75 years old — and its beginnings were inauspicious. It opened in 1946 after President Franklin Roosevelt, in 1944, approved the purchase of 118 acres from the Hermann estate for the construction of a 1,000-bed naval hospital in Houston. The hospital, later renamed the Michael E. DeBakey Veterans Affairs Medical Center, became a teaching facility for the Baylor College of Medicine.

Cardiothoracic surgery at Baylor College of Medicine actually began in 1948, with the arrival of Dr. Michael E. DeBakey as chair of the Department of Surgery. DeBakey already had made a name for himself at Tulane University where he had patented a blood roller pump when he was 23 years old and also had developed an interest in blood transfusion. When he arrived at Baylor, he was the only board-certified surgeon in Houston and Baylor was considered a third-rate medical school. That was about to change.

In 1949, Dr. Oscar Creech joined the faculty of the Department of Surgery. In 1951, DeBakey recruited a Houston native, Dr. Denton A. Cooley, to initiate a cardiac program. Cooley had come from Johns Hopkins University where he already had experience in open heart procedures and aortic repair. Other surgical legends followed Cooley to Baylor, and by the early 1960s, DeBakey had established a dream team of surgeons, patients and patrons for his program.

In subsequent years, Baylor College of Medicine quickly rose to the forefront of cardiothoracic surgery through its innovative treatment of aortic aneurysm and dissection, development of Dacron grafts as synthetic aortic substitutes, its early experience with cardiac replacement valves, the first successful use of coronary artery bypass grafts to revascularize the heart, and its cardiac transplantation and total artificial heart program which led to the creation of the left ventricular assist device (LVAD).

For 60 years, until his death in 2008 at age 99, DeBakey fostered a culture of excellence at Baylor. In the 1990s, he and Dr. George Noon collaborated with the National Aeronautics and Space Administration (NASA) to introduce the MicroMed DeBakey Noon LVAD that, incidentally, featured a Transonic Flowsensor to continually measure outflow. During his tenure at Baylor, DeBakey trained more than 1,000 surgeons and, in addition to countless other awards and honors, received the Congressional Gold Medal. At Baylor College of Medicine, his legacy of creating a cardiothoracic surgery powerhouse remains.