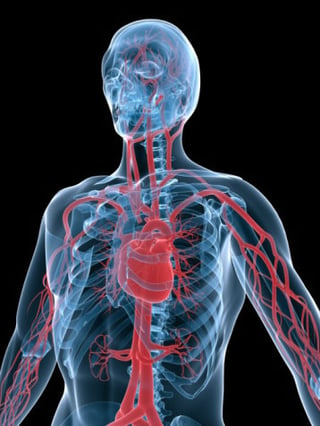 The circulatory system in the human body stretches 66,000 miles, more than two and a half times the circumference of the Earth.