The Seeds of a Breakthrough Technology — Transit-time Ultrasound 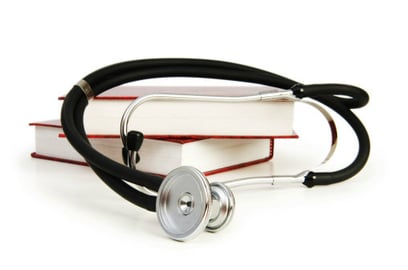 The seeds for transit-time ultrasound intraoperative measurement during CABG surgery were planted 40 years ago when a young Dutch engineer Cornelis (Cor) Drost came to work as a research associate at the NYS Veterinary College at Cornell University, Ithaca, NY. Cor was tasked by Professor of Physiology Dr. Alan Dobson with figuring out how to measure the amount of blood flowing through blood vessels in a manner that would not have to interfere with the flow inside the vessel itself.

In 1978, the group presented Cor’s theoretical breakthrough technology to the world. The technology used non-invasive ultrasound. Its revolutionary aspect was that it measures the actual amount of blood flowing through the vessel directly and with high accuracy, without having to do things to the vessel that would change the very flow that one would want to measure.

After securing a Cornell patent for their transit time ultrasound technology the hard work began. In order to actually make the measurement, the researchers had to push the frontiers of technology way beyond what was then the standard, especially in regard to electronics. The group also had to understand the ultrasonic transducers that worked with the flowmeter, and invent ways of realizing their exacting accuracy requirements.

New technology is no good unless one can actually do something useful with it. So the mission of the Cornell group became: “to Advance Meaningful Measurements.” This meant that the Transonic group had to make things work in real life, with fully implanted sensors that report flows inside the animal under normal, healthy, physiological conditions. This is where the Cornell connection became essential: many flowmeter and flowsensor designs were tested and then improved before the system, five years later, was finally ready for a larger commercial audience.

The first Transit-time Ultrasound Flowmeter was cleared to market for human clinical use in 1988. Open-heart surgery was targeted as a premier application for intraoperative flow measurements. Dr. Verdi DiSesa at Harvard Medical School paved the way for this application with his 1988 publication of the first use of the Transonic flowmeter in a human valve operation at Harvard.

By the early 1990, a series of handle flowprobes had been developed so that surgeons could easily slip a probe around a vessel or graft and get a quick, on-the spot measurement. Dr. Eugene Grossi demonstrated this intraoperative measurement technique during CABG surgery in a 1992 video filmed at NYU. Shortly thereafter, Dr. Charles Canver and Norman Dame published a landmark validation paper proving that transit time technology could accurately measure internal mammary artery flow, which previous electromagnetic flowmeters were not able to do.

Capitalizing on the emerging interest in OPCAB (Off Pump Coronary Artery Bypass Grafting) and MIDCAB (Minimally invasive coronary artery bypass grafting) pioneered by Transonic collaborator Dr. James Fonger in Washinton, D.C., a dedicated clinical flowmeter was launched in 1998. Together with a competitor that emerged in the late 1990’s, the value proposition of intraoperative flow measurements during CABG surgery was promoted and is now universally accepted as a valuable intraoperative graft patency assessment tool.