CABG in 2012: Evidence, Practice and the Evolution of Guidelines 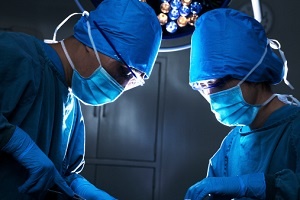 A short eight-page article by Dr. David Taggart, one of 25 ECS/EACTS Myocardial Revascularization Guidelines authors, provides an excellent overview of current treatment for coronary artery disease (CAD), the findings of various randomized trials, and the implication of current data for the need for multi-disciplinary heart teams to ensure the best avenue for treatment for their CAD patients.

The publication points out that, despite a decline in the number of CABG surgeries due to improved medical therapy and percutaneous stenting, more than 500,000 patients worldwide undergo CABG annually with excellent results and an estimated mortality of about 1%. Heart teams must establish whether a proposed intervention (stenting or surgery) is planned for symptomatic and/or prognostic reasons, or justified by significant ischaemia (>10% of myocardial mass).

To help resolve the questions of whether a patient should be stented or undergo CABG, there have been about 20 randomized control trials (RCT) of PCI versus CABG over the past two decades. All, with the exception of the SYNTAX trial, report no difference in survival between CABG and PCI.

The SYNTAX trial demonstrated that 79% of patients with three-vessel CAD and almost two-thirds of patients with left mainstem (LMS) coronary artery disease, who have had CABG rather than percutaneous stenting, have higher survival and a marked reduction in the need for repeat revascularization. This implies that CABG is still the treatment of choice for most of these patients even though it contradicts the results of earlier trials of PCI versus CABG surgery.

The SYNTAX trial also showed that, for patients with less severe coronary artery disease, there is no difference in survival between CABG and stents but a lower incidence of repeat revascularization with CABG. SYNTAX, at three years, shows no difference in stroke between CABG and stents for three-vessel disease but a higher incidence of stroke with CABG in patients with left mainstem disease. In contrast, the PRECOMBAT trial of stents and CABG, in patients with left mainstem disease, showed no higher rates of mortality or stroke with CABG in comparison to stents in relatively low risk patients.