A Brief History of Cardiopulmonary Bypass 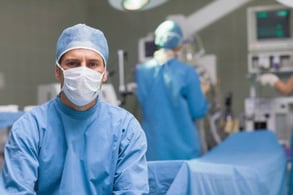 It was during the period when Greek physician Aelius Galenus made an important discovery about the circulation of blood in our bodies: the differences between arteries, veins, deoxygenated blood and oxygenated blood.

Fast forward some 1,500 years and English physician William Harvey is dubbed the “Father of Circulation” after discovering the circulatory system was a closed loop. He also described the motion of the heart, theorizing the relationship between arterial pulses and the motion of the left ventricle.

The Early Evolution of Cardiopulmonary Bypass

Thanks to the work of Galenus, Harvey and countless others, 20th century physicians knew about the inner workings of the circulatory system and heart. But it wasn’t until 1953 that cardiac surgeons had a machine to help save lives. After watching a female patient deteriorate (and die in surgery) as a result of a postoperative pulmonary embolism, Dr. John Gibbon was determined to create a heart-lung apparatus that could keep patients alive in the operating room. And that day finally arrived in spring 1953 when Gibbon placed an 18-year-old woman on cardiopulmonary bypass for 26 minutes to repair a large secundum atrial septal defect. Unfortunately for Gibbon, his next four open-heart surgery patients died, which led him to stop operating.

Thankfully, Drs. Walton Lillehei and Richard DeWall continued Gibbon’s work and created a bubble oxygenator that used inexpensive supplies from a Minnesota dairy farm. Dubbed the Lillehei-DeWall oxygenator, the machine “ ‘bubbled’ blood up a column where respiration took place. It first passed through a defoamer, then down a spiral helix tube, and was pumped to the patient as arterial blood.”1

Several other versions of oxygenators followed, resulting in the membrane oxygenator that is used today.

Cardiopulmonary bypass has come a long way since John Gibbon built his own machine and an oxygenator was made from local farm supplies. In just a few decades, the idea of a determined doctor (and the many that followed him) has enabled millions of patients to safely undergo cardiac surgery.