At first the Centers for Medicare & Medicaid Services’ (CMS) Readmissions Program seemed highly successful. Between 2011-2014, readmissions for conditions like heart 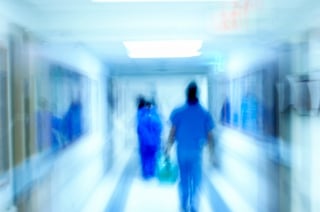 attacks fell by 2.5 percent, and Medicare had saved $9 billion on readmissions. A CMS review cited an 8 percent drop in readmission rate nationwide between 2010-2015. Data also suggested that hospitals that avoided penalties took steps to revamp their readmissions strategies, and saw significant prevention of patient readmissions.

But as the program continues, more hospitals incur larger penalties and don’t hit their readmissions targets. Between 2013-2016, there was a plateau in the reduction of readmissions, having only dropped an average of .1 percent each year. This is leading hospitals to ask if the program has run its course. Additionally, the amount in penalties has increased significantly: In 2017, total penalties will be $528 million, up from $108 million in 2016.

Researchers and analysts cite several factors at play. Hospitals have complained rates aren’t easy to control, particularly when patients are impacted by social conditions that prevent them from following their doctor’s orders. In response to this issue, CMS will take into account the socioeconomic status of a hospital’s patients relative to nearby hospitals with a similar amount of patients equally eligible for Medicare and full Medicaid benefits. This change doesn’t appeal to many experts because income is just one of several social risk factors.

Some experts have noted that hospitals put returning patients under observation instead of readmission in order to avoid incurring fees. However, a study in the New England Journal of Medicine found there was no correlation between stays in observation units and the drop in the readmissions rate.

There has also been an increase in the number of conditions measured by CMS; in addition to heart attacks, heart failure, and pneumonia, CMS has added chronic lung disease, coronary artery bypass graft surgery, and hip and knee replacement. Hospitals may need more time to make initial improvements and see the results that take these new measures into account.

Another factor could be the 30-day window as a measurement for readmissions. According to a 2016 study by Health Affairs, shorter readmission intervals may be more effective in determining the relationship between hospital quality and patient returns. Other factors like income and demographics become better indicators for readmissions after the first week.

Then there is the broader question of the overall effectiveness of the program, particularly for safety-net or teaching hospitals that often serve low-income communities. 80 percent of hospitals received penalties within the last performance year, and about half of those participating have been subject to reimbursement cuts. Observers are asking if targets are being properly readjusted to take outside factors into account.

Health policy professor at Harvard School of Public Health, Dr. Ashish Jha, thinks  the program has hit a wall, and needs to evolve to include bigger goals than just readmissions: "I think when the program was created, it was innovative… But we are moving toward paying for more episodes of care. The point isn't just to manage the readmission, but the entire patient and all the services they need."