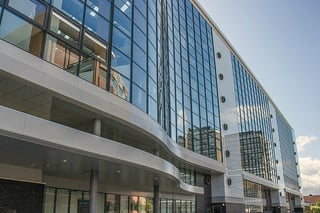 Founded in 1964, the Society of Thoracic Surgeons (STS) is a not-for-profit organization representing more than 7,100 surgeons, researchers and allied healthcare professionals worldwide who are dedicated to ensuring the best possible outcomes for surgeries of the heart, lung and esophagus, and other surgical procedures within the chest. The society’s mission is to enhance the ability of cardiothoracic surgeons to provide the highest quality patient care through education, research and advocacy.

Winter Haven Hospital in Winter Haven, Florida topped the STS composite CABG scoreboard in 2014. Four hundred and seventy hospitals from 30 states and the District of Columbia received star ratings from their calculated STS composite scores. The vast majority of these hospitals received two stars. Just over 100 hospital received the top three stars rating, and just sixteen received one star. Winter Haven Hospital’s score was 98.9, four tenths of a point higher than the next two runner ups: Providence Hospital from Columbia, SC and Steward St. Elizabeth Medical Center in Boston, MA with scores of 98.5.

The STS composite score is calculated using a combination of 11 measures of quality divided into four broad categories: