Controlling OR Costs: Statistics You Need to Know 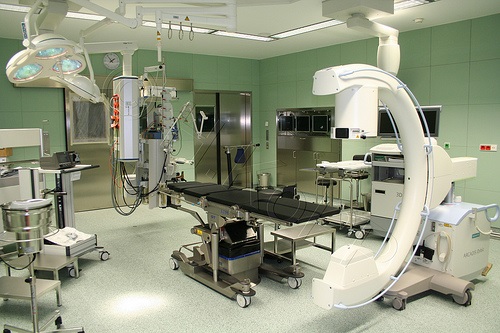 The operating room can be one of the most profitable departments of a hospital, but it is also one of the costliest. As such, the OR is often a prime target for initiatives that reduce waste and other inefficiencies.

A study from the Orthopedics journal evaluated 190 surgeries lasting anywhere from an hour and a half to three hours. The study was originally meant to explore efforts to keep ORs contamination-free, but revealed other startling statistics:

Real Examples of How You Can Reduce OR Costs

To do this, the system introduced the Lean performance improvement method, which saw a group of housekeepers, nurses, surgical techs and assistants spend a week observing their colleagues between surgeries to identify inefficiencies and improve workflow.

“... Frontline staffers know how to solve problems, but too often are never asked. And when they have offered solutions, leaders have not listened.”

Then there’s Dr. Vivian Lee. Dr. Lee wanted to know the costs of procedures at the University of Utah Health Care, so she implemented a computer program that tracks everything from the cost of drugs and medical devices to a doctor’s time in the OR. It also tracks outcomes and readmissions. It’s not a simple process: A hospital must go through every process a patient experiences and determine the costs of each person who cared for that patient.

Dr. David A. Bull, chief of cardiothoracic surgery at the University of Utah, examined the costs associated with bypass surgery and created nine variables that determine “perfect care.” These included things like giving patients oxygen if they were having trouble breathing after they came off the ventilator, managing blood sugar in diabetic patients and allowing nurses to give medication or oxygen without having to get a doctor’s authorization. As a result, Dr. Bull’s department saw a 30 percent decrease in costs.

Taking a look at the processes at work in your hospital and ORs can reveal surprising findings and present opportunities to make cost-cutting measures that can improve efficiency and outcomes.