Do You Know Where Your Tax Dollars Go?

Most of us have recently filled out and paid our income taxes. The average income tax payment is about $10,000. But did you know that Medicaid and Medicare combined are one of the top expenditures from that average $10,000 we pay in tax dollars? 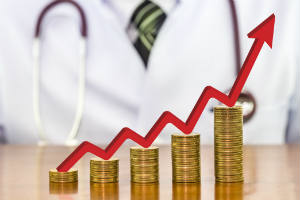 Almost 30% of our income taxes go to payment for Medicare and Medicaid. In dollar amounts, that is $2,981, of which $1,289 goes to Medicaid and the other $1,145 goes to Medicare. This is in addition to the money taken from our paychecks for the Social Security and Medicare/Medicaid Trust Funds.

Health costs represent just a couple of dollars less than that spent by our largest federal budget line item, the military—which claims $2,983 of every $10,000 in income taxes.

Next in line is interest on our national debt, with $1,420 (14%) from every $10,000 in taxes collected. Dollars for housing assistance and food—including food stamps and disaster relief/insurance—as well as labor are similar to the amount paid on the national debt, claiming 13% ($1,305) of our tax dollars.

In contrast, spending on science and education is a mere one-half of one percent, or $504. That includes 50 cents allotted to the National Endowment for the Arts; 62 cents to NASA; and 77 cents to elementary and secondary education.

Finally, Land and Energy—which includes agriculture, the Environmental Protection Agency and National Parks—glean less than one/fourth of one percent, or $201, from each $10,000 of income taxes collected.