Doctor Complaints: What's Behind Them?

Doctor complaints are a predictable yet stressful part of being a medical professional. The causational factors of complaints are mostly ones that physicians can proactively control, like their level of friendliness and courtesy, or the ability to be professional and empathetic. But according to a study recently released in JAMA Ophthalmology, an uncontrollable determinant, physician age, has emerged as a significant contributor to unsolicited patient complaints. 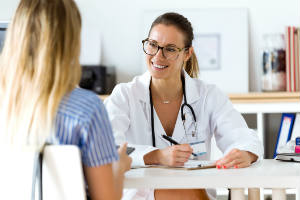 The good news is that if you’re an older physician, you have a much less likely chance of having your patient file a complaint against you. Researchers from the Vanderbilt University School of Medicine in Nashville, Tennessee reviewed 1,392 doctors and found that increased physician age correlated to a decreased number of patient complaints. The median age for a participating physician was 47, with 9% of physicians over the age of 71. Those over 70 had the least amount of complaints, as well as a longer mean time before patients filed a complaint. On the flip side, another study found that having an older physician is associated with a higher patient mortality rate.

Physicians also have to contend with several other unchangeable personal traits associated with patient satisfaction. Digging a little more deeply, the Journal of Patient Experience released a study on the connection between patient satisfaction and physician characteristics. Researchers studied multiple variables such as gender, age, race, ethnicity and specialty. By analyzing 51,896 surveys on 914 physicians, researchers found that males were rated significantly higher than females in the Informed and Skilled categories, and whites were rated higher more often than nonwhites on all questions. However in the multi-variant analysis, associations between physician race, gender and ethnicity and their ratings were not significant. Surgeons, obstetricians and other specialities were rated more highly than general medicine providers. In terms of age, the Skill category was most significant, demonstrating that the higher the age, the higher the rating.

It may seem like there’s nothing physicians can do when it comes to personal physician characteristics and patient complaints. However, while doctors may not be able to change who they are, the research group from the Journal of Patient Experience report suggests several ways to prevent or reroute a complaint. Strategies include effective communication on the day of surgery, limiting the number of inpatient consultations during a hospital stay, physician-led follow up, and providing empathetic care in a clinical setting. Educating patients about their health care options, and providing them an opportunity for real-time feedback are also effective ways to diffuse potential problems.

A report from JAMA Ophthalmology points out that, taking advantage of unsolicited patient complaints, “give[s] physicians and their health care system, hospital or medical group leaders opportunities to provide ‘service recovery’ to address what patients perceive to be wrong in their health care encounter.” Additionally, paying attention to when a patient files a complaint can be a warning sign for a potential malpractice lawsuit, or a more serious and increasingly problematic state medical board complaint.

While physicians shouldn’t focus all their energy on preventing doctor complaints, especially since they may be linked to uncontrollable personal characteristics, they should be prepared to receive them. Being alert to the ways in which patients may perceive them will give physicians key information to help get ahead of possible issues that are brewing. If a doctor is committed to giving quality, patient-centered care, their ratings will show it, no matter how old they are.