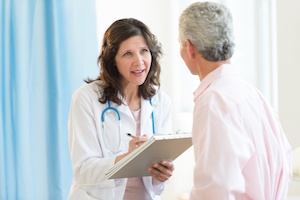 For physicians, however, the gender pay gap isn’t shrinking. In fact, it’s quite large. A new survey has found female doctors earn approximately 20 percent less than their male counterparts.

Does Where You Work Matter?

State gender gaps in physician pay are even more surprising. In some Southern states — like Arkansas and Mississippi — the gap can be as large as 47 percent.

Half of medical school graduates are women and recent research has shown female physicians have better outcomes than male doctors. So what can be done about the pay gap?

Dr. Suzanne Leonard Harrison, president of the American Medical Women’s Association, says female physicians should be taught to better advocate for themselves during their training. Women, she says, feel less comfortable negotiating for high pay or benefits right out of residency because they don’t feel they have the training to back up their demands.

What Can Be Done About the Pay Gap?

Harrison notes that it shouldn’t be perceived as a negative that some women need the occasional flexibility for raising children.

“The assumption has been by many that if you’re at work fewer hours, that means you get less work done,” Harrison said in the STAT report. “But if you drill down, women tend to be very productive” when they’re at work.

Travis Singleton, senior vice president of the medical staffing firm Merritt Hawkins, says he doesn’t see any differences in the offers made to male or female candidates. However, he notes that many female physicians spend more time with each patient, which could result in lower relative value units, and that would result in lower compensation if they are part of productivity-based compensation formulas.

To address the issue, Harrison says healthcare organizations must look at their compensation scales and work to address any discrepancies with gender or race.

What do you think? Do you notice pay discrepancies where you practice? How do you find out what your colleagues are making, and how comparable that is or isn't to your pay? If you’re a female physician, are you affected? Tell us in the comments below.