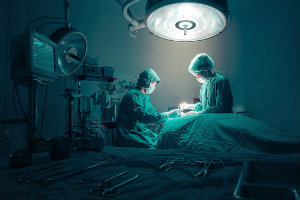 Over 100 years ago, two surgeries performed in Norway and Germany, respectively, marked the beginning of cardiac surgery. Until that time, the heart was considered sacrosanct and was not to be violated by surgeons’ hands.

Both heart surgeries came about as a result of stab wounds to the chest. The first was performed by Norwegian surgeon Axel Hermansen Cappelen while working in the surgical department of the Rikshospitalet in Kristiania, now Oslo, Norway. On September 4, 1895, a 24-year-old patient was brought to the hospital requiring emergency surgery for stab wounds to the left side of the chest. He was in deep shock when he arrived at the hospital. Cappelen accessed the heart through a left thoracotomy through the fourth rib and ligated a bleeding coronary artery. The patient awoke and seemed fine for 24 hours, but became ill and died on the third day post-op. An autopsy disclosed that the wound to the heart had satisfactorily closed.

A year and three days later, on September 7, 1896, German surgeon Ludwig Wilhelm Carl Rehn Rehn, department head and manager of the surgical facility at a Frankfurt am Main hospital, was also called on to repair a stab wound to the right ventricle suffered by 22-year-old gardener Wilhelm Justus. Justus survived the surgery without any complications and the prevailing belief in the inviolability of the heart was reversed.