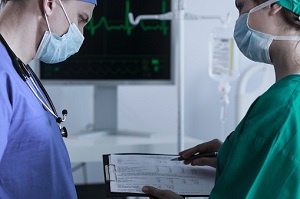 Their study pool included 169 patients who underwent off-pump CABG with GEA-RCA bypass grafts. Eighty-three grafts were anastomosed and flows were measured. An angiogram was taken one week after surgery and the anastomosis of each graft was graded using FitzGibbon grading (Study 1) and graft-flow grading (Study 2).

In the first study, 72 grafts were tested as Grade A and 11 as Grades B or O. There were no significant differences in the averages of mean graft flow, pulsatility index or diastolic filling percentage between Grade A and Grades B or O grafts. In the second study, 62 grafts were graded as good-graft dominant, 16 as bidirectional and five as occluded. The average of the mean flow, pulsatility index and diastolic filling percentage in the grafts graded as bidirectional and occluded were not significantly different from those of grafts graded as good-graft dominant.

From this study, the surgeons concluded that previously reported cut-off values for intraoperative flow parameters could not be adapted for the early patency of gastroepiploic to right coronary artery grafts. However, they suggested that the smoothness of the graft-flow curve may be a reliable predictor of postoperative graft patency.