Hospital Readmissions Reduction Program to Include CABG Surgery in 2017 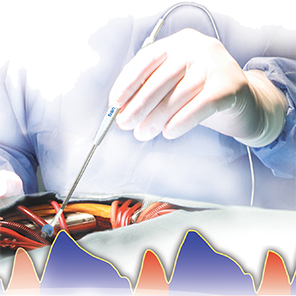 In an effort to improve hospital performance and quality of care, the Centers for Medicare & Medicaid Services (CMS) began examining hospital readmission rates and penalizing hospitals whose readmission rates rose above the national average. The Hospital Readmissions Reduction Program (HRRP), mandated by the Affordable Care Act, Section 3025, was formally instituted on Oct. 1, 2012 for three conditions: heart attack, heart failure and pneumonia. Under the program, the maximum reduction in Medicare payments was 1% in 2013. In 2014, the penalty increased to 2%. Chronic obstructive pulmonary disease (COPD) and total hip and/or knee surgeries were added to the HRRP program in 2015. Also in 2015, the penalty for being above the national average for readmission increased to 3%.

CMS has estimated that total readmissions penalties in 2015 will approach $428 million and will be spread among 2,638 hospitals. The highest single facility penalty is almost $3.3 million. Total penalties for the hospitals receiving the maximum 3% penalty is approximately $10.7 million, or an average of about $274,000 per hospital. Only 23% of hospitals in the program escape any penalty. This has led health policy researchers and industry groups representing U.S. hospitals to attack the HRRP program and argue that many factors that lead to readmission are beyond a hospital’s control.

Coronary Artery Bypass Grafting (CABG) Surgery Is On the Docket

The value of flow-based intraoperative assessment with transit time ultrasound technology in securing positive outcomes for the CABG patient has been documented in more than 100 publications over the last two decades. Studies report that intraoperative flow measurement can detect technical error to serve the surgeon’s immediate goal of constructing patent grafts that guarantee early graft patency in the immediate post-op period.1 Moreover, studies also report that transit time flow measurement provides a good prognostic index for the midterm (one to four years) post-surgery.2 Therefore, to avoid the HRRP Medicare reimbursement penalties in 2017, hospitals would be wise to institute a CABG flow-based graft patency quality assurance program.

To Measure Is to Know!