How Female Surgeons Can Boost Their Leadership Potential

Women surgeons are at a disadvantage when it comes to developing their leadership potential. A 2010 Academic Medicine study reported that even though female students make up almost half of medical school classes, fewer female medical students see themselves as leaders. According to a Harvard Business Review study, women are 1.4 times more likely to receive subjective feedback as opposed to objective critique. 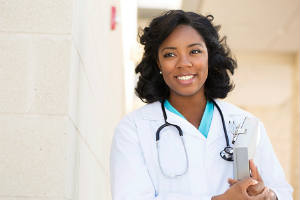 Additionally, a woman’s performance in the workplace is more likely to be attributed to personality instead of skills and capabilities. And there continues to be significant gaps in pay and promotion between male and female surgeons. In the face of many challenges, women surgeons need to be resourceful if they want to be recognized leaders in their field. Here are 3 strategies female doctors can use to help themselves.

The struggle with confronting conflict undermines a woman’s leadership potential. One study showed that, when confronted with a conflict between a same-sex peer, women reported more intense feelings of anger that lasted for a longer period of time. However, women surgeons can’t necessarily take a more direct, aggressive, and traditionally “masculine” approach to conflict without incurring a negative opinion about their behavior from their peers. How should women surgeons approach this catch-22? Engage in constructive conflict resolution, which includes active listening, acknowledging another’s viewpoint, reflection, and acting quickly toward repair and resolution.

In the same vein, many female doctors try to copy the skills of their male colleagues in order to get ahead. But this can come across as inauthentic, and research shows that behaving “like a man” can actually produce backlash against women in the workplace.

The unique skills of female surgeons have a direct impact on the lives of their patients. One study found that beneficiaries of US Medicare treated by female general internists had lower rates of mortality and readmission in comparison to male counterparts. Researchers attributed this to female doctors using a patient-centered approach and following evidenced-based guidelines for treatment.

Finding a guide through a male-dominated field is crucial for women wanting to ascend the leadership ladder. Women with mentors report more publications, more time spent in research, a higher rate of career satisfaction and advancement.

Women in medicine typically struggle with finding a mentor, so it’s important to be proactive and direct when asking. When choosing a mentor, women surgeons should identify someone who exhibits interest, commitment, accessibility, patience, and is a well-respected practitioner in their field. While women shouldn’t rule out the possibility of a male mentor, female mentors can give support and assessments specific to the experience of female doctors.

Opportunities for female surgeons in leadership positions need to be created and supported at all levels of an organization. In the meantime, female doctors can help themselves go further by becoming more comfortable with conflict, staying true to their skills, and building strong mentoring relationships. The combination of systemic action and self-advancement will have women doctors leading the way no matter what the obstacles.