Marketing is Crap (And this Marketeer is Tired of It)

Consumer trust is at an all-time low. And why shouldn’t it be? Whether it’s politicians, CEOs or sales reps, we feel like someone’s trying to goad and manipulate us every time we turn around. To them, it’s just about data, and they’ve taken the polls and rechecked the stats, so they know how to get our money.

And that’s the problem, isn’t it? They look at us as “consumers” or “constituents,” rather than human beings. None of us “moo,” or have a number tattooed inside our fuzzy ear, but it’s starting to feel like we’re being herded through a corral.

It wasn’t always that way, though. A hundred years ago, advertising was ludicrously simple and transparent. “Best Tasting Drink in the Country.” Or “Buy our Bread—you’ll love it!”

Or my personal favorite, “DUNLOP TYRES fit your car.”

Um… glad to hear that. 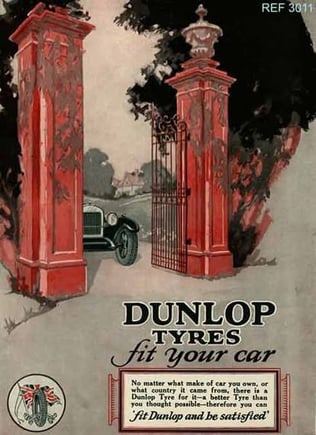 This sort of marketing makes a plain, straightforward bid for your dollars, and because of that, it doesn’t leave us feeling so distrustful. Note the large text on the bottle stating that Orange-Crush contains no orange juice—right after they asked if you like oranges. 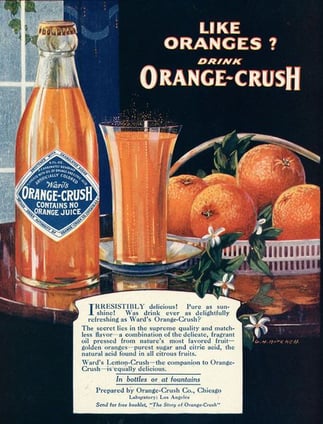 So ironically, marketing felt less manipulative back then, even if it suggested you should get your daily serving of milk by eating six chocolate bars. 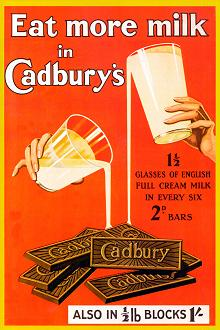 Marketeers simply told you what they were selling, and told you why they thought it was great, though their reasoning was frequently hilarious.

Today, companies are expected to do so much more than just sell a product that we need. They’re expected to be engines of social change, community movers, philanthropists, influencers, activists, and on and on…

The list is so long that after a while, it starts to feel too flashy. A bit over the top. Maybe more than a bit disingenuous.

It makes me wonder if we just need a little more honesty in marketing. Let’s try it and see what happens. 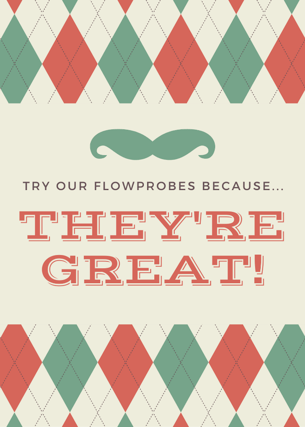 Well… the first thing that happens is that we all become certain I should stick to writing and not graphic design.

But at least it’s an honest statement. Our probes are great.

During open heart (CABG) or brain (cerebrovascular) surgery, a lot can go wrong. And when one considers the mindboggling advances in modern medical tech, it’s crazy to think that surgeons still put a finger on the bypass graft and hope that the pulse they feel means enough blood is running through it to keep you alive. Our flowprobes, like the one above, measure flow precisely, so your surgeon knows for certain that it’s adequate.

So if you’re a clinician: when our AureFlo system prevents a single re-operation, the whole system has paid for itself.

And if you’re a patient, you’re safe with your doctor and Transonic.

I work in marketing at Transonic, and I like my job.

Because I get to just tell the truth.