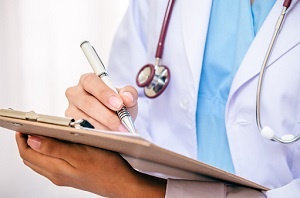 Dr. Matija Jelenc, a leading Slovenian surgeon, recognized that low mean bypass graft flow and a high pulsatility index measured by the transit-time flow measurement (TTFM) method are not specific for anastomotic stenosis, but also occur in the presence of competitive flow and poor coronary run-off.

He hypothesized that graft compliance is responsible for these changes and that flow measured at the proximal end of the coronary bypass can be viewed as a sum of the graft capacitive flow and the flow that passes through the distal anastomosis.

To prove his hypothesis, Dr. Jelenc measured and analyzed flow from 15 left internal thoracic artery (LITA) to LAD bypass grafts and 10 saphenous vein grafts (SVGs) to either the right coronary artery (RCA) or posterior descending artery (PDA). Measurements were performed on the proximal and distal end of the graft, and proximally with distal occlusion of the graft.

Mean bypass graft flow, PI and diastolic filling (DF) measured distally and proximally were compared. Graft compliance was estimated by subtracting the distal from proximal flow. This gave a result identical to the proximal TTFM in distally occluded grafts, confirming the presence of graft capacitive flow.

He concluded that, since the influence of graft capacitive flow on PI in low flows can be eliminated by performing the TTFM at the distal end of the graft, the value of PI is clinically irrelevant. Only the value of mean flow should be used to judge the function of bypass grafts.

Dr. Jelenc’s study also states, “The size of the probe can significantly affect the mean graft flow, even if the probe only gently compresses the graft. A better way to measure the graft flow more accurately is to use a large probe and add sterile ultrasound gel or lidocaine gel to provide adequate contact.” It notes that good flow is associated with a lower rate of post-op myocardial infarction, lower mortality, shorter ICU stay, lower IABP use and lower rate of revascularizations. Low graft flow is predictive of early and mid-term graft failure.