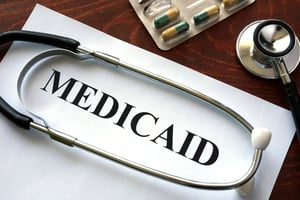 The Centers for Medicare and Medicaid Services (CMS) recently announced an update to Medicaid and the Children’s Health Insurance Program (CHIP). Medicaid's final rule is an attempt to modernize and strengthen the quality of care of its low-income healthcare program.

Thanks to the Affordable Care Act, Medicaid has seen substantial growth, and now 80 percent of enrollees are served through managed care delivery services.

How the Final Rule Works

The final rule is comprised of four parts, according to Vikki Wachino, director for the Center for Medicaid and CHIP Services at CMS. The rule will:

As part of strengthening consumer experience and protections, the final rule will give consumers more information about plans through Medicare and CHIP’s first quality rating system. It will also attempt to improve the care coordination, enrollment and communication of state and managed care plans.

The quality rating system will allow states to pay Medicare reimbursements to facilities that meet quality benchmarks or participate in alternative payment methods.

How the Rule Can Affect Your Hospital

Currently, states can give “pass-through” payments to hospitals caring for Medicare patients. But the new rule will do away with these supplemental payments and instead reimburse facilities based on their quality and performance.

Even though the new guidelines have been announced, they won’t officially be in place until July 1, 2017. And, to make things easier for you, they’ll be implemented in phases.

CMS wants to be an ally

Though the latest CMS changes may seem like a lot to digest, CMS Acting Administrator Andy Slavitt said the agency “wants to be seen as an ally that helps you thrive in the midst of all this change.”