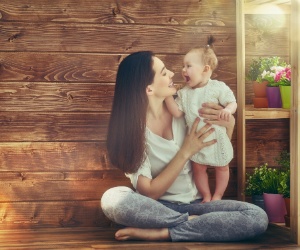 In January 2001, 18-month-old Josie King was rushed to the Johns Hopkins Children’s Center with second-degree burns. She had inadvertently stepped into scalding bath water. The child’s mother, Sorrel King, stayed at her child’s bedside as doctors and nurses valiantly administered to the child. A couple of weeks later Josie seemed well enough to be sent home. A celebration was planned, but then everything went downhill. The toddler became acutely sick. Her mother suspected dehydration, but nobody seemed to listen. When they did, it was too late. Josie was battling two infections—one was from a central venous line that led to sepsis. It ultimately took her life.

The case came to the attention of Peter Pronovost, MD, Ph.D., an anesthesiologist at Johns Hopkins who was interested in improving patient safety. He visited the bereaved mother and laid out his own vision of how he hoped to design, implement and evaluate systems to make medical safety improvements. The idea was to learn from mistakes, to improve teamwork and communication. King listened and agreed to help. She and her husband wanted to donate some of the settlement money they had received from Johns Hopkins to make healthcare safer. She would help Provonost in his mission.

In the months to come, King shared her tragedy with the staff and administrators at Johns Hopkins and then traveled around the country with Provonost as he lectured on healthcare safety. Pronovost, who initiated the central venous line catheter checklist at Hopkins and elsewhere, learned from King that it is personal stories that touch hearts. Facts and statistics are necessary to prove theories, but it’s the real human stories—often tragic ones such as Josie’s—that move people and become the real instruments for change.

Gleaned from Safe Patients, Smart Hospitals: How One Doctor’s Checklist Can Help Us Change Heath Care from the Inside Out. Peter Provonost, M.D., Ph.D., and Eric Vohr, Penguin Books Ltd, London, Plume 2011.