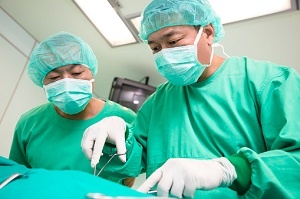 Beijing surgeons achieved total arterial myocardial revascularization in 208 patients through evaluation of the early outcome of off-pump coronary artery bypass grafting (OPCAB) with a bilateral internal mammary artery (BIMA) Y-configuration graft. The patients ranged from 33 to 78 years old. The average age was 56. Of the total, 80.2% had triple-vessel disease; 15.9% cases had left coronary disease, and 3.9% had double-vessel disease.

The surgeons concluded that off-pump CABG surgery with use of a bilateral internal mammary Y- graft is a safe and effective method to achieve total arterial revascularization. Such surgery avoids cutting into the ascending aorta, and other incisions in the legs or arms.