Patient Prejudice Against Doctors: What's Behind It? 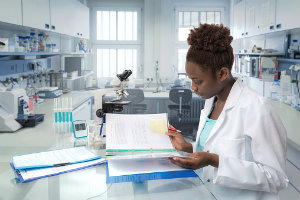 Nearly 60 percent of doctors report they experience bias from patients in the form of offensive remarks about race, gender, ethnicity and age, according to a survey from Medscape.

Have you ever experienced or heard of a colleague experiencing the following?

Anecdotes like these are plenty, but why do they occur and do they affect patient care?

Age and ethnicity are the most commonly reported types of bias physicians experience, with 28 percent and 22 percent reporting they experienced prejudice based on these factors. Gender and race followed closely behind with 20 and 19 percent, respectively. The least common types of bias were medical education from outside the United States and sexual orientation.

Physicians who participated in the survey reported that during the last five years, they received a request for a different clinician based on their personal characteristics or background.

Most patients surveyed said they avoided a provider because the physician had an accent that was difficult to understand. Other factors that played into avoidance were the provider’s sexual orientation, religion (Hindu or Muslim), or if the provider was very overweight.

So what do patients look for in a provider? Most look for providers who have characteristics similar to theirs.

Forty percent of female physicians and 20 percent of male physicians reported they had a strong emotional effect from experiencing bias. About one in 10 report they have refused to care for a patient because of the patient’s bias toward them.

While nearly 60 percent of physicians reported experiencing bias, the number is much higher among emergency medicine physicians — 83 percent — presumably because in an emergency setting, patients don’t have the luxury of choosing a physician.

How Physicians Deal with Bias

If a physician experiences bias, he or she is most likely to document it in that patient’s medical record. Only about 10 percent of doctors say they’ve reported the incident to an authority.

Nearly half of physicians reported they referred the patient to another clinician in the hospital or practice.

Most institutions don’t have a formal process for handling bias or training physicians on how to handle bias, according to the survey.

Have you experienced bias while treating patients? How did it affect you? Share your experiences in the comments below.