It sadly comes as no surprise that out of approximately 160,000 surgeons in the US, only 19% are female. Surgery has long been the domain of male physicians, with the first female surgeon in Britain entering the modern field in the early 1800s (and, even then, disguised as a man). Since then, the increase has been infinitesimally slow, with the number only hitting 14% in 2001. 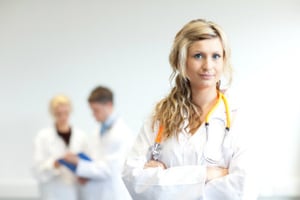 Despite these discouraging numbers, a recent study released by the BMJ found that women may make better surgeons than men. The results found that the patients of female surgeons were 4% less likely to die. The study included all 104,630 people living in Ontario, Canada who underwent at least one of 25 surgical procedures from 2007 to 2015. Out of 3,314 surgeons who conducted the surgeries, 774 were women. Researchers matched patients with the same surgery, and accounted for age, sex and comorbidity, as well as surgeon volume, age and hospital.

Dr. Raj Satkunasivam, a Houston Methodist surgeon and researcher who led the study, wanted to see the impact of physician sex on postoperative outcomes in patients treated by male and female surgeons. “We have good evidence to support the notion that female surgeons are definitely as good as their male counterparts and certainly we’ve got evidence to say that they’re possibly better for a variety of reasons,” Satkunasivam said.

This is not the first study to indicate that physician gender may have an impact on quality of care. A 2017 study found elderly patients who had been treated by female internists had a lower mortality and readmission rate.

Neither study included a methodology for the why of the difference in care, but Dr. Christopher Wallis, a urology residency who worked on the study, did offer some possibilities. Wallis suggests that the women have been asked to jump more significant hurdles, which, in turn, may have forced them to be, “smarter, more talented, harder working [and] more dedicated.” In other studies, female physicians have been shown to follow medical guidelines, communicate better with their patients, and adopt a patient-centered approach to their care.

While the number is small, Wallis sees this as an opportunity to ask what male physicians can do to emulate the outcomes of female physicians: “Guideline adherence, communication, whatever it is, we want to understand the process that leads female surgeons to get better outcomes, so that a patient who is treated by any surgeon gets the best possible outcome.”

Even with the results, Satkunasivam emphasizes that patients shouldn’t choose their physician solely based on the sex. “They should really be concerned more about the type of rapport they have with them, the type of recommendation that their family placed in that surgeon and the research that they’ve done,” he said.