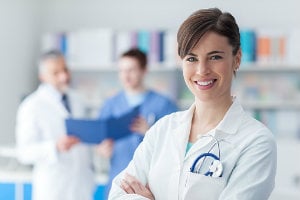 It turns out they do. According to researchers, female physicians are estimated to save about 32,000 more lives per year than their male counterparts.

Differences Between Female and Male Physicians

According to senior study author Ashish Jha, MD, MPH, female physicians may have better outcomes because they:

Of the study’s findings, Jha cautioned: “I think people have to look at this more in terms of what it teaches us about how to provide high-quality care as opposed to turning it into a battle of the sexes.”

How to Use the Findings to Improve Outcomes

We can look at some of the findings — female physicians using more evidence-based medicine, and communicating more effectively — as translatable skills anyone can use and improve, regardless of gender.

Hospitals & Health Networks points out that the study focused on physicians who are general internists with significant inpatient responsibilities. “Had the study been done on outcome comparisons for orthopedists, emergency room clinicians and others, or the clinical populations increased to include conditions like cancer, heart failure and others prevalent among Medicare enrollees, the results might not be replicable,” the publication noted.

What can hospital leaders do with the study’s information? Hospitals & Health Networks recommends leaders educate medical staff leaders and management about best practices for optimal physician performance — including communication — and establish an intervention program to help physicians improve performance in any problem areas.