Residency Bullying: What You Need To Know

When you hear the word “bullying,” you probably imagine school-age children taunting each other in class, or young adults maligning each other behind the mask of social 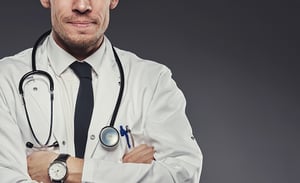 media. The last thing you’d consider is
the treatment of medical students completing hospital rounds—but
residency bullying is all too real, and it’s more widespread than you may think.
A surprising 42 percent of U.S. medical students in their final year of school reported experiencing harassment, and 84 percent reported being belittled, according to a study published by the British Medical Journal.

What Exactly Is Residency Bullying
Workplace bullying happens in every profession and industry. Often it’s in the form of offensive comments meant to belittle or intimidate someone. Sometimes it takes more subtle forms, such as pressure not to take a vacation or sick day, and other times it boils over into threats of violence or actual physical abuse. Bullying can also come in the shape of discriminatory or racist remarks or sexual harassment.

In the case of residency bullying, it’s all of the above. But there’s another side medical students may not even recognize as bullying, but just as the part of the medical education experience. For example, a bully can be a supervisor who punishes a resident who asks for a break with extended work hours or a doctor who publicly chastises a resident in front of peers and patients.

Why Does Medical Student Bullying Exist?
Often, the physician community regards poor treatment by bullying supervisors as a way to “toughen up” residents the way a drill sergeant might prepare new service people for the rigors of combat. That’s because medical school isn’t for the faint of heart—it’s a grueling experience that tests you physically, mentally and emotionally nearly every day. And hospital leaders want to make sure residents understand the reality of their profession as quickly as possible.

However, while many residents accept this type of treatment by supervisors as “weeding out the insincere,” bullying can lead to depression, anxiety and physician burn out—all of which are poor outcomes for everyone involved, including the patients they serve. Not to mention, this “tough love” approach can create a cycle of abuse where residents who endure bullying end up as supervisors who reciprocate with the next generation of residents.

How You Can Help Stop Residency Bullying
It’s up to residents, physicians and hospital leadership to define boundaries and change the healthcare teaching culture that controls the residency learning environment.

“To break this cycle now, individual physicians will have to acknowledge these unhealthy behaviors,” says Medical Journalist Christine Wiebe in her article for Medscape. “They must get beyond any mistreatment they suffered and demonstrate the compassionate behavior colleagues, students and patients deserve.”

While many residents may feel uncomfortable coming forward about bullying for fear of retribution or looking “weak” to peers, reporting experiences is essential to driving change. Not only is eliminating bully culture in the best interest of residents, but it’s also critical to driving better outcomes for patients, too.