In 1957, the Soviet Union rocked the world with its space program’s launch of Sputnik 1, the first artificial earth satellite to orbit the earth. For three weeks, the satellite followed an elliptical path around the world until its batteries failed and it fell back into the earth’s atmosphere.

This unanticipated accomplishment during the height of the Cold War between the Soviet Union and Western allies ignited a space race with the United States that lasted until the US was the first to land on the moon in August 1968. It also ushered  in a new era of American focus on science and technology. 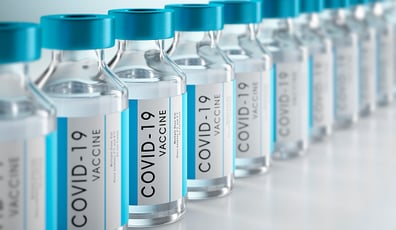 Now, sixty-four years later, Russia claims another first – to have registered, on August 11, 2020 Gam-COVID-Vac, the first COVID-19 vaccine after limited Phase I and Phase II trials. Called Sputnik V, undoubtedly to recall the glory days of Sputnik I, the vaccine is based on a well-studied adenoviruse human vaccine. Adenoviruses are common cold viruses first isolated in 1953 from human adenoids.

Developed at Russia’s government-supported Gamaleya Research Institute of Epidemiology and Microbiology in Moscow, their team had already worked on vaccines for the MERS-coronavirus that emerged in the Middle East in 2012, and the Ebola virus that plagued central African countries in the nineteen seventies and eighties.

Sputnik V uses two vectors in its vaccine: biotechnology-derived adenovirus type-26 (rAd26, component I) and adenovirus type-5 (rAd5, Component II). The viruses house the gene that encodes the SARS-CoV-2’s spike protein. The vaccine uses these vectors to stimulate an immune response with the formation of antibodies against the coronavirus. Two shots are needed: the Ad26-based vaccine is used on the first day and the Ad5 vaccine is used on the 21st day to boost the immune response. Both vaccinations are administered intramuscularly. The vaccine can be formulated as frozen (storage temperature is −18 °C (0 °F)) and freeze-dried ("Gam-COVID-Vac-Lyo", storage temperature is 2–8 °C (36–46 °F)) dosage forms.

The early registration of Gam-COVID-Vac after only two months of Phase I and Phase II trials in a limited number of subjects (38 each} drew criticism from the scientific community who questioned the rigor of the vaccine’s pre-release testing. In most countries that follow the World Health Organization (WHO) guidelines, vaccine candidates are not approved or licensed until safety and efficacy data from Phase III trials are assessed and confirmed internationally by regulators.

In September 2020, Phase I and Phase II results were published. In December 2020, preliminary data on 22,714 participants of its Phase III trial that will eventually involve 40,000 volunteers in the UAE, India, Venezuela, and Belarus were published. The registration certificate for the vaccine stated that the vaccine could not be used widely in Russia until 1 January 2021, and before that, it may be provided to "a small number of citizens from vulnerable groups", such as medical staff and the elderly. The vaccine’s efficacy is confirmed at 91.4% based on data analysis of 78 coronavirus infections among nearly 23,000 participants. The Sputnik V vaccine’s claim of efficacy against severe cases of coronavirus is 100%.

Just before Christmas, the Russian Ministry of Health announced that Phase III enrollment would be halted and the number of subjects in Phase III of the Sputnik vaccine trial would be cut from 40,000 to 31,000. They cited ethical concerns about giving a placebo shot to volunteers while the vaccine was already available. In December President Vladimir Putin, ordered the Russian government to commence a large-scale immunization campaign. By mid-December, over 150,000 people had been vaccinated.