Cardiovascular disease is the leading killer of adults in the United States. To test for this condition, physicians usually monitor blood pressure, and blood sugar and cholesterol, among other markers. 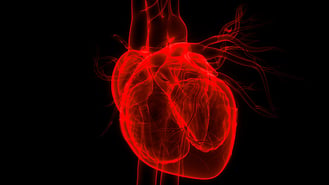 While these markers can give insight into a person’s risk for heart attack, there is not currently a test that tells clinicians how severely a person’s arteries may be blocked. Researchers at the Washington University School of Medicine in St. Louis discovered a specific type of protein that circulates in blood that can detect a severe type of peripheral artery disease.

They discovered that circulating fatty acid synthase (cFAS) can circulate in the bloodstream in addition to being found inside cells. cFAS could have an important role in plaque formation that can lead to cardiovascular disease.

Senior study author Mohamed A. Zayed, MD, Ph.D., an associate professor of surgery and of radiology, noted that clinicians need to identify peripheral artery disease patients sooner “so we can help treat them aggressively much earlier in the disease course. Our data suggest that levels of cFAS in the blood could be an accurate predictor for which patients are at high risk of the severe forms of this condition."

Zayed and his colleagues collected blood samples from 87 patients with limb-threatening ischemia before they underwent surgery for the disease. The presence of cFAS together with smoking status and Type 2 diabetes status of the patient gave an 83% accuracy rate at predicting the presence of the disease.

In addition to using cFAS to diagnose ischemia, the team found that cFAS levels in the blood were associated with fatty acid synthase content of plaque in the femoral artery. They also found that cFAS circulates through the bloodstream while bound to LDL cholesterol.

Interestingly, Zayed points out that he often sees patients who have high LDL but are otherwise healthy.

Zayed and his colleagues previously found that cFAS levels were elevated in patients with plaque in the carotid artery. Zayed and his team are working on evaluating a drug that could be more targeted in inhibiting fatty acid synthase. They are also working on a cFAS test kit for measuring the protein in the blood in order to identify high-risk patients sooner.

The study was originally published in the journal Scientific Reports.