Nearly everyone has encountered a colleague whose poor and disruptive behavior affected their team. Whether it’s someone who yells, snaps at others, intimidates 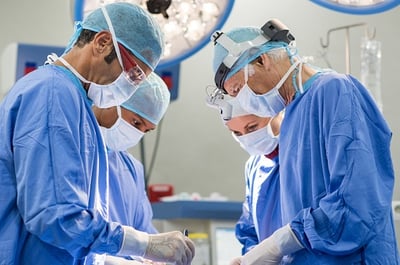 colleagues or has a flippant or aggressive communication style, negative behavior can affect the vibe of any workplace. But when surgeons misbehave, it can also affect patient safety and lead to an uptick in medical malpractice claims, according to new research.

So what can healthcare organizations and the surgical community do to rectify negative behavior and the resulting risk of claims? Here are three ways to improve surgeon behavior.

Often, behavior issues like poor communication or dismissing colleagues with opposing opinions about clinical decisions and medical treatment plans stem from problems within the organization’s culture.

Many times, surgeons who bulldoze over their colleagues, withhold information or take an aggressive, hard-line stance do so because they believe they’re protecting their patients. In reality, this sort of behavior is counterproductive and can lead to mistakes.

“Our findings emphasize the importance of respectful communication and teamwork and show that surgery needs a culture change,” says the study’s lead author, Janaka Lagoo, M.D., in an article published by CRICO. “Ultimately, a surgical culture that promotes teamwork, communication and constant personal and professional growth could be advantageous for patients and physicians alike.”

Identify Risks and Areas for Improvement

The same Harvard study also discovered that nearly half of the surgeons considered have at least one claim. In other words, behavior isn’t always the cause of a medical malpractice claim, and poor outcomes happen even under the watchful eye of the best-trained surgeons.

But in addition to organizational and process-related issues like miscommunication, 360-degree reviews can also unearth bigger problems like anger management or substance abuse among surgeons, and allow organizations the opportunity to address these issues before they lead to medical errors and malpractice lawsuits.

The Harvard study only corroborates what most medical professionals already know: At best, bad behavior can lead to frustration among colleagues. At worst, it leads to critical mistakes in the operating room. By addressing cultural and behavioral issues, healthcare organizations can reduce the risk of medical malpractice claims and improve patient care quality.