Which Surgical Risk Score is Best? 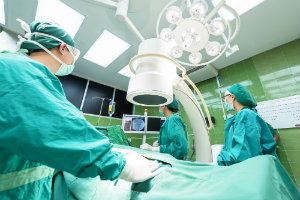 The original EuroSCORE I was developed between 1995 and 1999 from data of 19,000 patients undergoing cardiac surgery, most of whom had coronary artery bypass grafting (CABG) surgery. About a third underwent valve surgery. The EuroScore I was updated in 2012 to be more user-friendly and applicable to a greater number of procedures.

Data were collected prospectively for all 11,788 cardiac surgery patients from a single center to compare EuroSCORE II with EuroSCORE I, and with the STS risk score. Three groups of procedures were included in the study:

A secondary analysis for 5,880 patients with cardiac surgery, not accommodated by the STS model, compared only EuroSCORE II and I.

In conclusion, the discriminating capability of EuroSCORE II and the STS risk score compared well for individual surgery groups and both were superior to EuroSCORE I. The inclusive nature of EuroSCORE II for numerous procedures provides more flexibility than the STS score for complex procedures, but the study justified use of the STS score in the United States. However, the researchers advised that physicians should use their own discretion when deciding which scoring system to use as they take into account the circumstances of each patient. They suggested that EuroSCORE II should be considered for calculating risk score for complex cardiac surgical patients.