In today’s medical field, being a physician isn’t just about treating patients. Among other demands, physicians have to navigate the impact of globalization, technological advances, rising healthcare costs and new government regulations, all while trying to maintain a high quality of care. Today’s post will take a closer look at six challenges facing physicians in 2018. 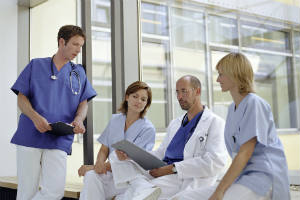 More and more, physicians are being asked to provide high-quality care for less money. Meanwhile the cost of healthcare is estimated to rise 5.8% each year for the next decade, according to an annual report by CMS.While physicians have very little control over the cost of healthcare on a macro level, they can create processes that will address both patient care and their ability to pay.

It’s never good when an insurance company tells a physician how to practice. Requiring pre-authorization from a nurse at an insurance company only slows down and complicates the caregiving process. The payer-physician relationship is becoming even more strained, especially when it comes to handling what are normally routine, low-cost treatments or effective drugs. Physicians who are vigilant about their documentation, know pre-authorized medications, loop in their staff and share criteria will be in a much better position to deal with third-party involvement.

A physician will often be promoted because they excel clinically. But once they reach a higher level of leadership, physicians are faced with a slew of new responsibilities they’ve never trained for. Managing teams, budgets and the inner workings of an organization was not part of their med school curriculum. Acquiring this different set of skills through continued education, workshops and training will help physicians manage the interpersonal challenges that come with a rise in the ranks.

According to a report by the American Medical Association, the percentage of physicians who have an ownership stake in their practice has dropped to less than half. This is concerning as private practice physicians often provide a better quality of healthcare overall because of a more personal patient-physician relationship.

Due to the rising cost of government compliance and changing reimbursement models, many physicians have had to sell their practices or join large physician groups. Physicians have adapted by changing their practice model—joining an ACO or patient-centered medical home—and adding ancillary services to help their bottom line.

With the Affordable Care Act )ACA) constantly under fire, Republicans discussing Medicare and Medicaid reform, and market consolidation a steady trend, the future of healthcare is uncertain. Some physicians are getting ahead of the curve by acquiring MBAs. Being able to think like an entrepreneur and solve efficiency problems might just be the combination of skills doctors need to thrive.

While the top challenges facing physicians are daunting, the medical field has a great capacity for adaptation and innovation. Identifying the issues that are most relevant to your practice will help focus your strategies for success in the new year.