Top Heart Hospitals in the U.S.

Just in time for World Heart Day on Sept. 29th, U.S. News published its 2021-2022 list of the top heart hospitals in the country. To determine who would lead the ranking for cardiology and heart surgery, the team analyzed 592 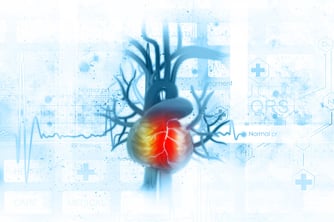 Here are the results:

Located in Cleveland, Ohio, the famed Cleveland Clinic has retained its spot as the top heart hospital for the 27th year (and once again claimed the No. 2 spot for top hospital overall). Currently, the Cleveland Clinic system includes 11 hospitals and 18 full-service health centers and sees more heart patients than any other hospital in the U.S.

Mayo Clinic
The globally celebrated Rochester, MN,-based hospital was a close second in the category and No. 1 overall. The Mayo Clinic, one of the leading teaching hospitals, is known for several innovations in the cardiac specialty — including a heart-lung bypass machine often used in open-heart surgeries.

Rounding out the top three top heart hospitals is this Los Angeles, CA, general medical and surgical facility. Cedars-Sinai has more than 40 locations, including the Smidt Heart Institute, where doctors performed aortic valve replacements and percutaneous mitral valve repairs more than any other hospital or site in the U.S. The hospital also was the first to use a special enzyme that dissolves blood clots in the heart and established the first comprehensive heart center for women in the country.

In 1998, The New York Hospital merged with The Presbyterian Hospital to create one of the largest and most comprehensive hospitals in the country. Today, it’s known as a leader in medical education and innovation. It’s also the site of the first successful pediatric heart transplant, and physicians here pioneered the TAVR heart valve replacement surgery.

NYU Langone Hospitals
Headquartered in Manhattan, NYU Langone is known for several specialties. But its cardiologists, in particular, offer some of the most advanced and personalized care in the country. The hospital system is also home to the Leon H. Charney Division of Cardiology, one of the most distinguished academic cardiovascular programs in the U.S.

Yet another New York-based hospital on the list, Mount Sinai boasts a team of award-winning physicians who are on the leading edge of cardiology. Its team is currently pioneering treatments for coronary artery disease, valvular disease, vascular disease, arrhythmias, and heart failure.

Massachusetts General Hospital Ranked as the No. 5 best hospital overall, Mass General has the largest hospital-based research program in the country. The Corrigan Minehan Heart Center is home to a staff of world-class physicians and nurses who specialize in many difficult-to-treat heart diseases. The Heart Center has spent more than a century conducting groundbreaking research and clinical trials to help prevent, diagnose, and treat heart disease.

UCLA Medical Center
Los Angeles-based UCLA Medical Center is ranked as the No. 3 best hospital overall. In addition to providing some of the most advanced treatments for cardiovascular diseases — like catheter-based coronaries, arrhythmia ablation, and implantable devices — the hospital’s cardiology team also focuses on preventing disease progression through lifestyle modifications.strong>


Finishing out the top ten is another Boston-based hospital. The Brigham and Women’s Hospital was formed in 1980 when Peter Bent Brigham Hospital, Robert Breck Brigham Hospital, and Boston Hospital for Women merged into one system. The hospital has pioneered landmark cardiovascular treatments that have become a standard of care and its team is also credited with developing the model for today’s defibrillators.