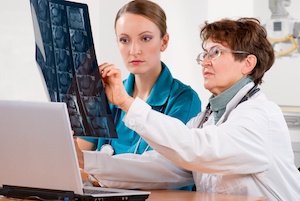 As a physician, your time is valuable, and vast amounts of it are required to build strong, trusting relationships with patients. But most physicians are constantly performing a balancing act between patient care and the mounting demands of an increasingly complicated healthcare system — and when one side gets too heavy, your productivity inevitably suffers a major dip.

Acclimating to newer technology combined with the multiple pitfalls of physician burnout equal extra weight guaranteed to throw off even the most seasoned healthcare professional. If you pile on the negative impact to your earnings, the equilibrium of your practice becomes significantly compromised. Here we look at what affects physician productivity, and some solutions for righting the scales.

Electronic Health Records (EHRs) have gotten a bad reputation as healthcare providers have struggled to implement them. Michael Ciampi, a family practitioner in Portland, Maine, said that EHRs were designed primarily to enhance billing processes and aren’t patient-centered. Using EHRs, “Our productivity went down 25 percent,” Ciampi said. While there are many upsides to using EHRs, the work it requires to adapt to these new systems has taken an enormous toll on physician productivity.

While EHRs are a major cause of burnout, they aren’t alone on the list. Factors such as alcohol addiction, mental illness and job dissatisfaction add up to burnout that has been a significant contributor to declining physician productivity. A study on the effect of burnout on productivity on gynecologic oncologists saw a 5.9% decrease of Relative Value Unit (RVU) production out of 250 participants over 15 years.

EHRs ideally should make a physician’s job easier, not more difficult. But in the rush to take advantage of federal financial incentives, many practices and vendors overlooked how well the EHR system integrated into their practice. Choosing a system that connects patients to physicians is key as it will allow you to have immediate access to a new patient’s medical records, and cut down on transcribing time.

Studies show that computerized order entry is the function most impacting productivity. Physicians have found a solution in delegating this task to other team members, allowing the physician to review and sign off on the entries.

RVUs traditionally have tied the number of patients a doctor treats directly to their pay. This method has not been universally popular or effective, as it frequently forces doctors to see as many patients as possible. Switching to a value-based system puts the focus on metrics like patient satisfaction and access to care — and with more payers pushing for value-based care, adopting a value-based reimbursement model is becoming increasingly necessary.

Seeing more patients means earning more money — but also a higher chance of overload. Physicians can alleviate some of the pressure by employing a nurse practitioner or physician’s assistant as a physician extender. A practice can make significant profits with the addition of a physician extender; some estimates are between $25,000 and $40,000, translating to a sizable uptick in productivity.

With the ever-increasing demands of the healthcare field, physicians deal with multiple challenges when trying to maintaining a sustainable and profitable productivity level. Paying attention to the impacts on productivity will help healthcare providers choose innovative solutions that restore balance between the quality of patient care and their bottom line.