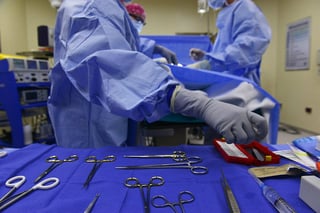 You’ve undoubtedly heard of the importance of using technology to determine graft patency during CABG surgery. Objective measurements, instead of subjective methods like palpation, helps ensure a graft is functioning properly, thus improving patient outcomes and reducing the need for repeat surgeries.

When it comes to techniques to evaluate CABG graft patency, options include transit-time ultrasound technology and Doppler technology. This post will take a look at both, allowing you to make an informed decision.

Let’s start at the beginning. How do these technologies work?

Transit-time ultrasound works by producing an electrical excitation that causes the transducer to emit a plane wave of ultrasound. The ultrasonic waves are emitted from two crystals, pass through the vessel in upstream and downstream directions, bounce off the fixed “acoustic reflector,” which redirects the signals back through the vessel to the opposing crystal for detection. From these signals, the measurement device derives the “transit time” it takes for the waves of ultrasound to travel from each transducer to the other (traveling upstream takes more time than traveling downstream), providing an accurate measurement of the total flow passing through the vessel.

This technology works by using ultrasound waves to detect the speed of moving particles, such as red blood cells, in a vessel. When the ultrasound reflects off of one or more moving objects it undergoes a phase shift which is detected by the transducer. The amount of phase shift is related to the speed at which the object is moving (faster objects create greater phase shifts).