The Tube That Becomes the Human Heart

In the United States each year 30,000 infants are born with a congenital heart defect. Although medical and surgical advancements in recent years have enabled the repair of many of these congenital cardiac malformations, their causes remain poorly understood. However, anatomists have made 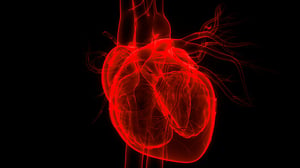 great strides since the beginning of the 21st century in understanding cardiac development.

In a 2014 publication, researchers from the Department of Anatomy, Embryology & Physiology, Academic Medical Center, Amsterdam, The Netherlands, reported,

“We now know that the primary heart tube, as seen in the early embryo contains little more than the precursors for the left ventricle, whereas the precursor cells for the remainder of the cardiac components are continuously added, to both the venous and arterial pole of the heart tube, from a single center of growth outside the heart.”

The human heart is the first functional organ to develop in the embryo underscoring its critical function in distributing blood through the vessels and the vital exchange of nutrients, oxygen, and wastes. Cardiac activity is first visible through ultrasound beginning at approximately 5 weeks of pregnancy.

Before that, at around day 18 to 19 days after fertilization, the human heart begins to develop from mesodermal germ layer cells. The cells form of two strands or cords in the cardiogenic region that develop lumens to become endothelial tubes. The paired tubes migrate toward one another to fuse and form, by day 22, a single primitive tube, the tubular heart that originates near the head of the embryo.

Early during the fourth week of gestation, the tubular heart differentiates into five distinct regions from head to tail: the truncus arteriosus, bulbus cordis, primitive ventricle, primitive atrium, and the sinus venosus. It also starts to beat propelling blood from the sinus venosus to the truncus arteriosus. The five regions of the primitive heart tube develop into recognizable structures in a fully developed heart. The truncus arteriosus will eventually divide and give rise to the ascending aorta and pulmonary trunk. The bulbus cordis develops into the right ventricle. The primitive ventricle forms the left ventricle. The primitive atrium becomes the anterior portions of both the right and left atria, and the two auricles. The sinus venosus develops into the posterior portion of the right atrium, the SA node, and the coronary sinus.

As the primitive heart tube elongates between days 23 and 28, it begins to fold within the pericardium, eventually forming an S shape, which places the chambers and major vessels into an alignment similar to that of the adult heart. The remainder of the heart development pattern includes development of septa and valves, and remodeling of the actual chambers. Partitioning of the atria and ventricles by the interatrial septum, interventricular septum, and atrioventricular septum is complete by the end of the fifth week, although the fetal blood shunts remain until birth or shortly after. The atrioventricular valves form between weeks five and eight, and the semilunar valves form between weeks five and nine. By the end of week 9, the embryonic heart has developed septa and valves, and has all four chambers.

As anatomists have made enormous strides in understanding the morphological development of the heart, they still seek to uncover pathways that influence normal and abnormal cardiac development that result in congenital defects. A foundation for this research will be Buijtendijk and colleagues’ 2020 comprehensive review that outlines the major development milestones of the human heart in which they state that the next challenge will be to decipher and evaluate the different developmental processes using newly developed molecular genetic techniques.3