What to Know About CMS' Hospital Payments Final Rule 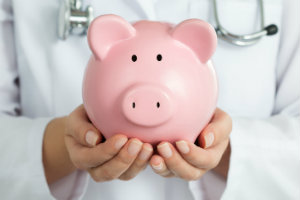 The Centers for Medicare & Medicaid Services (CMS) wants to slow the trend of hospitals purchasing physician practices and highlight the broader health care reform changes that were adopted by President Obama and Congress.

Here is what hospital leaders should know about CMS’s hospital payments final rule:

Payment updates: In an attempt to slow the trend of hospitals buying physician practices, the new rule will pay physicians the same rates for services that are provided at certain hospital-owned facilities. Previously, providers were paid more for services provided in hospital outpatient departments than those in a physician’s office. Additionally, OPPS rates will increase by 1.65 percent in 2017.

Outpatient payments change: Under the new rule, hospital off-campus facilities will not be paid the same as hospital-based outpatient departments if they started billing Medicare after Nov. 2, 2015.

Though hospitals are still responsible for maintaining and staffing off-campus facilities, this change will make it harder for hospital systems to recoup operational or capital costs for them, reports Modern Healthcare.