In November of 2019, the Trump Administration finalized a rule requiring hospitals to share price information with consumers. to Kaiser Health News reports that the price transparency rule forces hospitals to disclose their standard fees, as well as prices negotiated between hospitals and insurers. The final rule, which goes into effect on January 1, 2021, states the prices must be available to patients, on-demand and online, and hospitals must disclose all discounts to self-pay patients so they may decide the best approach to pay for their care. 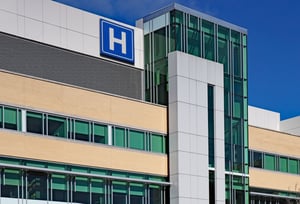 In a mounting legal challenge to the Trump Administration’s ruling and Health and Human Services, several medical industry associations, including the Federation of American Hospitals (FAH), American Hospital Association, Association of American Medical Colleges, and Children’s Hospital Association are contesting the rule. Organizations fighting the plan argue that, instead of helping patients understand their out-of-pocket costs, the rule will hinder innovations necessary to value-based care.

The administration alleges the bill is part of an ongoing effort to lower healthcare costs and will introduce rate negotiations, promote competitive pricing, and empower patient consumers who are frustrated by the high cost of healthcare.

Critics, on the other hand, say the Trump Administration hospital price transparency plan will be a source of confusion for patients and a way to accelerate anti-competitive behavior. With pricing at the forefront, the rule could hinder efforts to provide patients with the relevant details they need to make an informed healthcare decision.

“This final regulation on hospital transparency fails to meet the definition of price transparency useful for patients,” says FAH President and CEO, Chip Kahn, in a statement published by the FAH. “It will only result in patient overload of useless information while distorting the competitive market for purchasing hospital care.”

The opposing hospital groups also claim the rule is a violation of the First Amendment. Because the rule requires hospitals to submit confidential information on individually negotiated contracts with insurers and other third-party payers, disclosures would be detrimental to hospitals’ ability to negotiate pricing, which, in turn, could foster anti-competitive behavior among health insurers.

Economists agree the rule could end up eliminating any competitive edge the administration is promoting, according to Healthcare Dive. In fact, some see the rule as a means for those markets with limited competition to fix prices as they see fit. There’s also a risk to patient-consumers of payer-provider collusion, which could result in higher healthcare costs overall.

While the battle between the hospital groups and the administration wages on, the enforcement date is less than a year away.

The AHA and other groups involved hope to see a swift decision on the viability of the rule before hospitals are forced to endure the tedious and time-consuming endeavor of making their healthcare pricing available to the public.