Ever since the results of the International Subarachnoid Aneurysm Trial (2005) showed that coiling is preferable over clipping to treat intracranial aneurysms in otherwise stable patients, increasingly complex aneurysms have been the ones relegated to surgical clipping. Now, when a prospective patient presents with an aneurysm, institutions generally use a multidisciplinary team to determine whether an aneurysm should be endovascularly coiled or surgically clipped.

In a 2020 publication, RHGJ Van Lanen and JTA Dings et al, of the Department of Neurosurgery at Maastricht University Medical Center, Maastricht, the Netherlands presented the outcomes of aneurysms that were deemed not suitable for coiling that they surgically clipped. During their surgeries, they used transit-time flow measurement technology to intraoperatively monitor cerebral arterial flows.

Their study included 190 patients with 213 aneurysms. The patients were stratified by unruptured aneurysms (H&H grade 0) and ruptured aneurysms causing a subarachnoid hemorrhage (SAH) (H&H grade 1-5), along with other characteristics. The median time from SAH to clipping was two days; 70.8% of patients underwent clipping within 3 days after detection of SAH. Volume flow was measured with the Charbel Micro-Flowprobe® in all major vessels before and after aneurysm clipping. The clip was repositioned when flow in the measured artery was <50% after clipping compared with baseline flow, or in the presence of an aneurysm remnant due to suboptimal clip positioning. Blood pressure, heart rate, partial pressure of CO2, temporary clipping, operation time, and possible aneurysm rupture were also recorded.

Intraoperative arterial blood flow was assessed in relation to postoperative ischemia and unfavorable outcomes. Ninety-two percent of aneurysms had post-operative imaging by digital subtraction angiography (DSA) (68.2%) and/or computed tomography angiography (CTA) (52.6%) to assess obliteration at six months and one year after surgery.

Their imaging results showed a total obliteration of the aneurysm in 86.7% of cases. Complete aneurysm occlusion was achieved significantly more often in the H&H grade 0 group compared with the H&H grade 1-5 group. One-year mortality was 7.9%. Unfavorable outcomes occurred in 21.6% of patients. Ninety-six percent of patients with unruptured aneurysms had a favorable outcome at one year, compared with 71.9% of patients with SAH.

Postoperative CTA imaging showed an 86.7% occlusion rate and a 7.5% rate of clip-related ischemia. Flow less than 50% from baseline flow was an independent predictor of unfavorable outcome, along with other risk factors. Clip repositioning aided by transit-time flowmetry resulted in restored flow over 50% above baseline flow in 85.7% of aneurysms. Rebleeding after clipping occurred in 2.3% of aneurysms at an average of four months after surgery. Four of these patients had an unfavorable outcome at one year. Flow less than 40% of baseline significantly predicted clip-related ischemia.

From their results, the authors concluded that positive results for these challenging aneurysms were possible. Adequate flow (equal or greater than 50% of baseline) greatly reduces the risk of unfavorable outcomes. Transit-time flowmetry is a valuable intraoperative tool that provided quantitative measurements of arterial blood flow to help achieve optimal clip placement and minimize aneurysm residuals that may become sites of rebleeding. 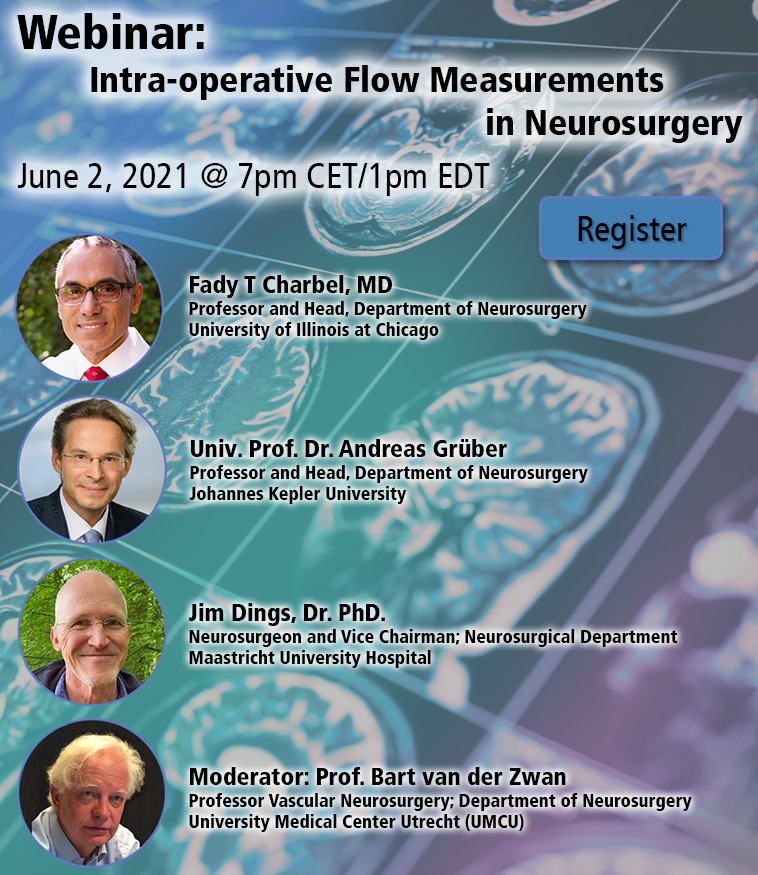