Conferences are vanishing. Our modern world is not only digitized, but streamlined and packaged with such efficiency that even our interactions have become fragmentary sound bites and truncated texts. Gatherings that require planning and travel seem nearly gratuitous. So perhaps it’s ironic that 2022 marks the first time in three years that ASAIO has been held in person.

The conference was a Gordian Knot of interesting conversation, booths, and people. We talked to a young engineer who was designing a new LVAD to lower infection risk. We were visited by long-time Transonic supporters like George Pantalos and James Antaki. We had discussions with physicians who were nearing retirement, and med students who had not yet graduated. We even spoke to a businessman who had developed an advanced ECMO pump that was snapped up (for over $100 million) just so the purchaser could shelve it to protect their current product.

We discussed Transonic’s devices with all manner of researchers and clinicians. Some were intrigued by the precision of our ultrasound tech, others by the utility of our PV measurements, and still others by our array of sensors. But ASAIO had another gem to offer, this one closer to home.

Wayne Bower put it best: “[Conferences] give employees who normally may not interact much a chance to work closely together on a common project.  This not only provides… application cross-training, but also has a team-building aspect with everyone gaining a better overall appreciation for… the work we are all doing together.”

Simply, we got to stand an arm’s length away from people and chat, with no digital barricade. It was refreshing and generated dozens of good leads. So maybe face-to-face dealings haven’t become dinosaurs quite yet.

Speaking of which, ASAIO was just around the corner from the Chicago Field Museum. They have a T-Rex named Sue, and standing in her bony shadow reinforces the power of real engagement. Her massive teeth leave an onlooker with the distinct impression that Sue preferred personal interactions. And that she probably made them unforgettable. 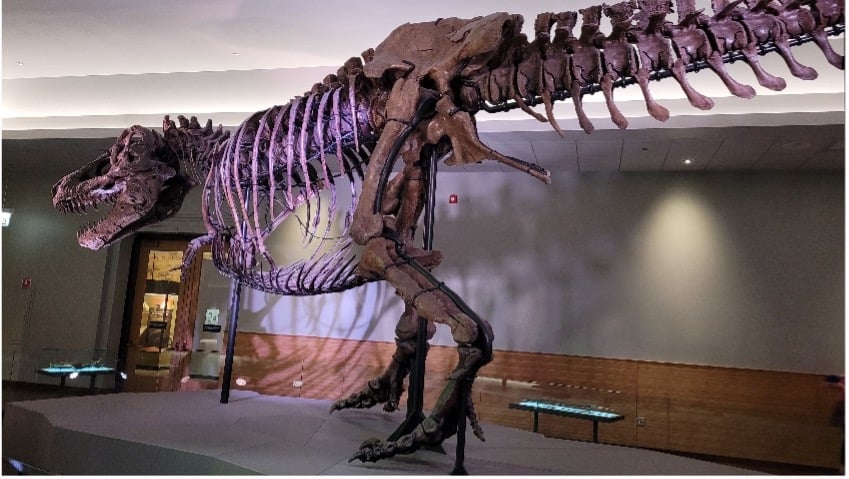 Single purchases can happen because of good specs, but reliable business happens because of good people. ASAIO was an opportunity to meet many of them, and to build solid business relationships—both internally and externally. Sure, the hours were long, and the whole conference was up-close and personal …

But that’s exactly why Sue would have approved.