Medical Errors as a Cause of Death: 4 Things to Know 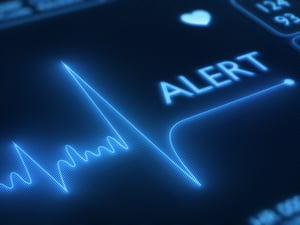 As a surgeon, you're keenly aware of the danger of medical errors and extremely diligent to avoid making them.

Medical errors as a cause of death now rank as the third leading cause of death, behind heart disease and cancer in the United States. Researchers at Johns Hopkins University School of Medicine found that errors result in the deaths of around 250,000 patients per year.

Despite these alarming statistics, there have been varying reactions to the news that medical errors account for such a high number of fatalities, prompting questions like: Is the number of patient deaths incorrect? Is this new information?

Here, we examine what you should know about the study.

1) Take steps to reduce errors: Everyone makes mistakes. The authors of the study suggest taking additional steps to help you and your team reduce any errors. If an error occurs, take steps to inform the necessary people. These can include additional physicians, medical team members, the patient and the patient’s family. Have options on hand to provide the necessary treatment for a patient affected by error.

2) The errors aren’t just surgical: While surgical errors are certainly at the top of one’s mind when considering life-threatening medical mistakes, they aren’t the only ones evaluated in this study. The authors also examined the effects of diagnostic errors, communication breakdowns, prescribing mistakes, the failure to perform necessary tests and other medical errors.

3) Not all deaths are the same: Writing for Stat, Vinay Prasad remarks that the article about the study in the British Medical Journal and subsequent articles from various news outlets report that each error-related death is the same. It’s not, says Prasad, using an example that a 17-year-old dying from a medical error is much more untimely than a 95-year-old. “A better statistic to use would be years of life lost. It corrects for the fact that some deaths are more untimely than others,” Prasad wrote.

4) The number of deaths may be incorrect: Along with Prasad, other medical professionals are weighing in on the report, questioning the accuracy of whether 250,000 patients per year really die from medical errors.

“In 2016, we live in the world of complex medicine—we have thousands of treatments that save lives that would have been lost just a few decades ago. In this world, saying that medical errors are the third leading cause of death doesn’t seem quite right. It implies individual sloppiness—careless doctors and nurses walking around, performing wrong-site surgery or not paying attention to what medications they give,” wrote Ashish Jha for Scientific American.

The problem, Jha points out, is not about individual sloppiness from the medical professional, but rather sloppiness from a disjointed healthcare system. The healthcare system, he says, is simply not designed for complexity, which can lead to errors like a patient receiving the wrong medication for an infection. This patient wasn’t given the wrong medication because of human error, but rather because he was treated at another hospital and his medical information from that visit was not available to the physician treating him at his current hospital.

Have you read the study? What do you think? Is the information accurate or are there pieces of information that need more evaluation? Let us know in the comments.