The gradual progression from unhealthy kidneys to chronic kidney disease (CKD) and finally to kidney failure is often very subtle with very few symptoms in the early stages. Fifteen of the most common signs of kidney failure include: 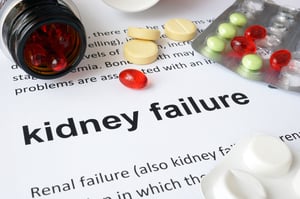