To raise consciousness about CKD, the National Kidney Foundation, a nonprofit founded in 1964, has focused on the awareness, prevention and treatment of kidney disease. The foundation’s efforts are continuing to change the way kidney disease is identified and treated, thereby providing millions of Americans with an opportunity to stay healthy longer.

One momentous achievement of the 2002 clinical practice guideline initiative was the definition of the "Five Stages of Kidney Disease." This standardized classification of kidney disease gave healthcare providers, patients and those at risk an opportunity, for the first time, to detect renal disease, recognize its degree of seriousness and become proactive in slowing the disease and averting complications.

Based on one’s Glomerular Filtration Rate (GFR) or the rate at which the kidneys filter waste related to a patient’s kidney function, the five stages are as follows: 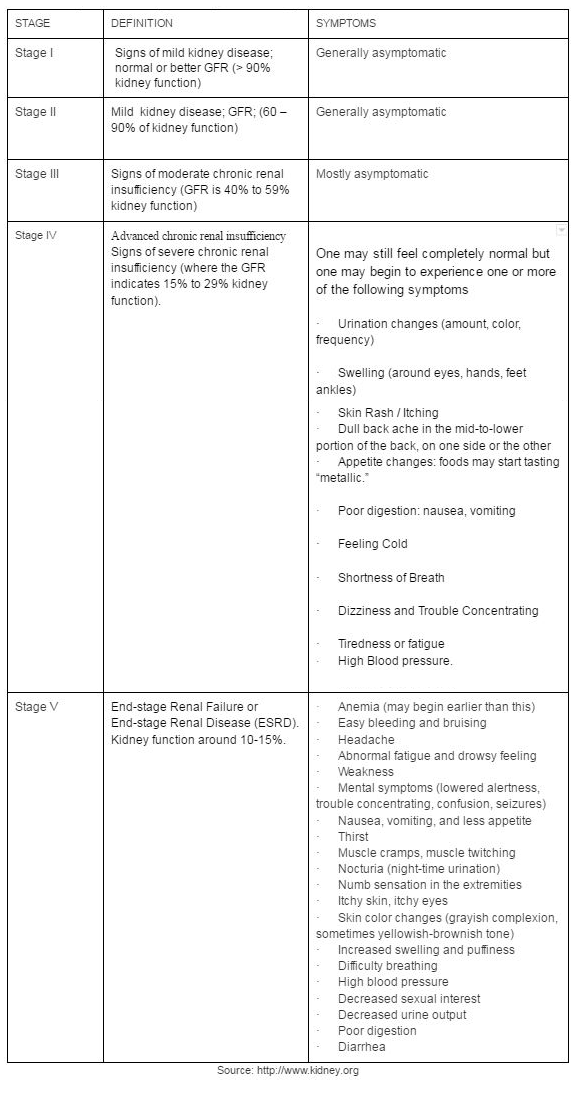