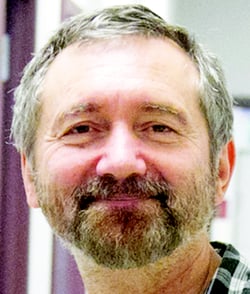 In 1991, Biomedical Engineer Nikolai Krivistki PhD DSc emigrated from Russia where he had worked at in the ICU and Hemodialysis Units of Moscow USSR Medical Academy’s National Research Center for Surgery. Upon joining Transonic, he spent several months familiarizing himself with the company’s products, especially its proprietary Clamp-on Tubing Flowsensors and dedicated Tubing Flowmeter. Suddenly, he had an “Aha” moment. He envisioned how existing transit-time ultrasound technology could be combined with classical indicator dilution technology to provide a superior flow measurement technology. He named this new technology Ultrasound Indicator Dilution Technology.

Pondering actual clinical problems of hemodialysis patients, Nikolai then had another “aha” insight. He realized that vascular access flow could be measured with ultrasound dilution technology by simply reversing the dialysis bloodlines and injecting saline into the venous blood line. Vascular access flow was the measurement nephrologists wanted that, until to that time, could not be measured. “Krivitski Method” patents were filed in the fall of 1994. The technology took off like a storm and essentially revolutionized hemodialysis. Within four years ultrasound indicator dilution technology was recognized in the Guidelines of the American Kidney Foundation as the gold standard, or the technology by which all other measurements should be compared and evaluated.

Awards followed, including the prestigious US Small Business Administration’s “Tibbets Award” for Research and Innovation presented at a White House breakfast ceremony in 2000. The new technology spurred an avalanche of publications that reported on the value of access flow measurements in assessing hemodialysis effectiveness and predicting the formation of a stenosis within the access. The measurements made possible by Dr. Krivitski’s aha insights have now become the cornerstone of many vascular access assessment programs.