A Clinical Recap of Intraoperative Measurements: A Useful Tool to Predict Maturation in AV Fistulas 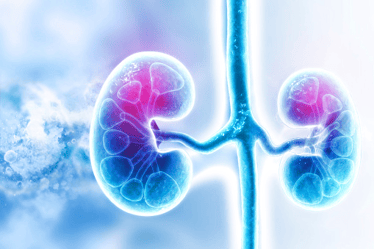 Clinicians from the University Hospital in Essen, Germany, conducted a study to investigate the value of intraoperative blood flow measurements for immediate correction and prediction of both early failure and long-term patency of newly constructed AV fistulas in patients undergoing chronic hemodialysis.

Prosthetic fistulas fall short of AV fistulas when it comes to long-term patency and complication rates. Although failures in AV fistulas in the first four months post-surgery are 20% to 50%, according to a study published by the Journal of Vascular Surgery, the one-year primary latency rate for AVF falls between 16% and 60%. Secondary patency rates vary between 60% and 80%.

AVF blood flow is recognized as a reliable predictor of short-term thrombosis and risk of failure, however initial blood flow measurements during an AVF creation have only been used sporadically to predict short-term patency.

The goal of AV fistula creation is to attain vascular access for repetitive and efficient hemodialysis. Thus far, there have only been a few studies to assess the value of intraoperative blood flow measurements as a meaningful way to predict maturation in AV fistulas.

The study sought to investigate the value of intraoperative measurements of blood flow for immediate correction. The study also used measurements to predict early failure, long-term patency, or maturation of AV fistulas in hemodialysis patients.

Intraoperative blood flow measurements taken at the time the AV fistula is constructed may predict future access maturation. This helps the patient avoid waiting periods only to discover the AV fistula isn’t sound for hemodialysis.

Intraoperative blood flow measurements were performed on all patients. Male patients and those patients with diabetes measured higher flow rates at access sites than female patients and non-diabetics. Comorbid conditions and demographics had no significant bearing on the results.

A total of 26 patients (29.2%) developed AV fistula failure during the follow-up period. In 15 of those patients, the specific cause was thrombosis, while in 11 patients there was a failure of maturation of the AVF. Female and older patients as well as those with a prior diagnosis of cardiovascular disease had a higher rate of maturation failure.

Intraoperative blood flow and access patency were analyzed in those patients undergoing primary autogenous radiocephalic AVF. In earlier studies, blood flow measurements were seen as a vital parameter that can be monitored intraoperatively and predict complications associated with AV fistula construction. Although blood flow monitoring provides immediate measurements and local perfusion information, there are limits. The measurements can’t reflect the maximum blood flow once the access has matured.

Flowmeters that use transit-time ultrasound have many advantages over Doppler ultrasonography. The angle of the insinuation isn’t a concern with transit time measurements. Unlike Doppler ultrasound, the diameter is independent and less affected by the flow profile. Doppler assumes laminar flow and measures point velocity, but the laminar flow isn’t present in AV fistulas most of the time.

The flowmeter used in this study directly measures the flow, so there’s no need for additional calculations. Consequently, the results are more accurate, more immediate, and easier to interpret than using data from conventional Doppler ultrasound.

The study found that intraoperative blood flow measurement is a helpful tool in predicting maturation in AV fistulas. Low blood flow is often predictive of early failure, failure to mature, thrombosis and the need for secondary interventions. AV fistulas with higher blood flow have a higher maturation rate and require far fewer secondary interventions. Accurate flow measurements are necessary to make these predictions.