Diabetes mellitus remains the predominant likely underlying cause of treated ESRD worldwide. Nearly 71 percent of the countries that participated in the U.S. Renal Data 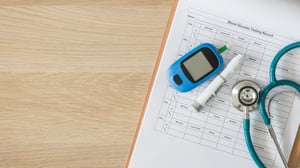 system report assigned DM as the primary cause for the incidence of treated ESRD and a key contributor to the global burden of kidney disease and ESRD.

Some stats gleaned from the USRDA report:

In contrast, in 2016, diabetes was the primary cause of ESRD for 20 percent or less of new ESRD patients in Albania, South Africa, the Netherlands, Russia, Italy, Estonia, Lithuania, Iceland, Norway, Latvia and Romania.