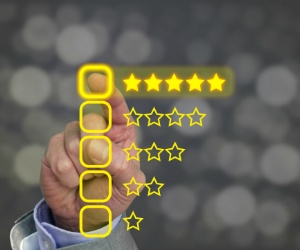 Introduced in January 2014, the Center for Medicare/Medicaid's (CMS) Star Ratings for dialysis facilities are intended to help patients know how dialysis clinics rate for quality measures. A 5-star rating for a facility indicates that its quality of care is considered “much above average” compared to other dialysis facilities. A 1- or 2-star rating indicates that measured outcomes were below average compared to those for other facilities.

But do the dialysis clinic star ratings really reflect the quality of care at a specific dialysis clinic? One person who believes that they don’t and that they should be revised is Mark Stephens, owner of Prima Health Analytics in Weymounth, Massachusetts.

In the July issue of Nephrology News and Issues, Stephens takes issue with the metrics used for the star ratings. He argues that some of the metrics—such as Standardized Hospitalization Ratio (SHR), Standardized Mortality Ratio (SMR) and Standardized Transfusion Ratio (STrR)—do not measure outcomes or processes that are within the control of dialysis facilities. He notes that the rating metrics were drawn from accessible data already collected, and do not include patient satisfaction, a key component for a consumer service.

Stephens advises that the ratings should use measures that reflect what dialysis centers directly control, such as ultrafiltration rates, access-related infection or septicemia. He also suggests that inclusion of patient input is important if the ratings are to be a consumer tool. Finally, Stephens says that quality ratings for facilities should include measures of the physical conditions and day-to-day operating practices of the facilities.

Each Medicare-certified facility receives a star rating based on nine quality measures that are separated into three Quality Measure Domains. Those domains are:

To calculate the star rating for a facility, each domain is given a domain score between 0 and 100 by averaging the normalized scores for measures within that domain. A final score between 0 and 100 is obtained by averaging the three domain scores (or two for peritoneal dialysis-only facilities). Finally, to recognize high and low performances, facilities rank all dialysis facilities on a bell curve.

Critics argue that methodology forces some facilities into the lowest one- or two-star ratings even when these facilities may, in reality, provide excellent care. Results are reported on the Dialysis Facility Compare (DFC) website.