Not surprisingly, many patients undergoing care for chronic kidney disease often experience an emotional toll along with their physical symptoms. The emotional health of patients is often overlooked by their care teams, though they are either unaware patients are experiencing these issues or are focused entirely on maintaining patients’ physical health. 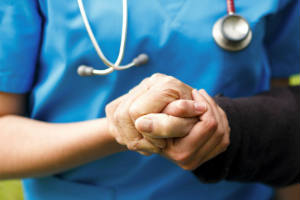 Researchers found that, in order to improve patient care and provide more patient-centered care, dialysis and medical staff should better understand the source of patients’ negative emotions and how they can combat them.

Three themes emerged among patients with chronic kidney disease. They were:

“One man reflected on how little his provider had told him about preventing progression of kidney disease despite the dramatic implications this had for him: “Try to keep my BP down and try and stay away from … sodium and salt and sugar. And that’s about all he said, really.” Another patient spoke of how one doctor had failed to inform him about his worsening kidney function,” the study authors wrote.

Another man relayed how, during the course of his disease, his physician retired and he was left in the care of a series of nurse practitioners who “dropped the ball” during his care. A woman who was being evaluated for a kidney transplant described being reduced to tears after having a scan cancelled by a radiologist over concerns about contrast nephropathy. This was despite the fact she had already discussed these concerns with her nephrologist and wanted to proceed with the study.

How to improve patient care

When a patient feels at ease and understood during his or her dialysis treatments, they’re more likely to continue the course of treatment.

Researchers suggest the first step could be improving education and health literacy among patients with CKD. To help improve patient education, ask if they have any questions about their care or condition during their appointment. You could offer handouts to help educate them on the importance of access monitoring and other health tips.

In addition, finding ways to improve communication in fragmented healthcare systems, improving teamwork among providers and attempting to be mindful of the patient’s perspective can all help improve patient care and their sense of wellbeing, researchers noted.