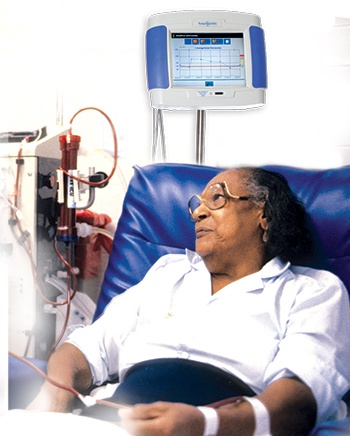 Vascular Access Flow Surveillance is a medical imperative. Surveillance prolongs life, restores health, reduces pain and suffering in End Stage Renal Disease patients. Ultrasound transit-time indicator dilution flow technology is used to perform surveillance of a patients’ vascular access to prevent or delay the formation of a stenosis in the access. A stenosis can lead to a thrombosis and, if not attended to, ultimately abandonment of the access. Reducing such complications minimizes hemodialysis patient morbidity and mortality. One study demonstrated that vascular access blood flow monitoring decreased fistula thrombosis rate by at least 50%, while reducing access related costs by 48.5%.1

A Case Report of When the System Failed a Patient

Mary moved to the senior citizens residence after her husband died. The move had been traumatic. Mary felt uprooted, having left behind friends and the home she and her husband had shared for 42 years in order to be closer to her only child. One constant remained despite her new surroundings. Three times a week she would be driven to the dialysis clinic for hemodialysis as she had for the past seven years after her kidneys failed. On one hand, she welcomed the treatments because she would feel better for a day or so. Every time, though, she returned to her room drained.

Mary was stoic. Her lack of complaining was admired by many of her fellow residents. Around her daughter, caregivers and friends, she put up a brave front. It was only with her chaplain that she shared her terror that, at any given moment, her vascular access would fail. It had already failed once before she came to the residence. That time she was lucky. They were able to surgically create another access.

Her fear was justified. One day she was rushed from the dialysis unit to the hospital for emergency surgery. The first surgery wasn’t successful. Another surgery followed. Mary had a reprieve, a few more months to live. But it was only months. In less than a year, she was again in the hospital without a patent access. That time she succumbed to her kidney failure.

Mary fell victim to a medical system that did not put the patient first! The technology that would have provided monthly vascular access flow surveillance to predict stenosis was available for the clinic’s use. Monetary concerns inhibited its implementation. Mary’s life would undoubtedly have been prolonged by routine vascular access.