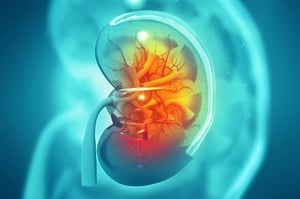 The National Dialysis Accreditation Commission (NDAC) has been approved by CMS to conduct dialysis facility surveys. It is the first independent company approved by CMS to do so. According to Nephrology News & Issues, “Dialysis providers successfully completing NDAC’s accreditation process may now be awarded Medicare certification from CMS based on their accreditation with recommendation for deemed status by NDAC.” Accreditation services will be offered in all 50 states and U.S. territories.

“The U.S. Centers for Medicare and Medicaid Services (CMS), which provides Medicare health benefits to more than 55 million Americans, is looking at a trial payment design that would improve care in the early stages of kidney disease, increase access to kidney transplants and favor home dialysis over clinic-based treatment,” reports Reuters.

Some Cancers Have Better Survival Rates than Dialysis

Researchers tracked end-stage renal disease (ESRD) patients receiving dialysis over an 18-year-period and found these patients had a higher rate of death than patients with certain solid organ cancers such as breast, colorectal, lung, pancreas or prostate. The lead researcher wrote that his team undertook the study based on the belief that “an understanding of prognosis for maintenance dialysis patients may be improved if placed in the context of a more common condition such as cancer” and it would “help put the mortality burden of dialysis patients into context and could have implications for future funding and policy decisions.”