Researchers found that patients in the highest oxalate quartile had a 40% increase in risk for cardiovascular events and a 62% increase in the risk of sudden cardiac death. 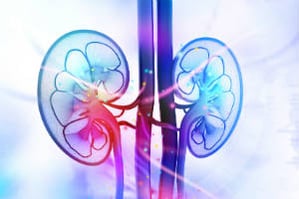 High baseline oxalate levels were also associated with a higher risk of death due to congestive heart failure.

Researchers found that these antibodies led to a reduced likelihood of reinfection compared to patients who were not previously infected. “Researchers observed fewer PCR-confirmed infections during the second wave (defined as October 2020 to January 2021) in patients with preexisting antibodies than in those without antibodies (4.2% vs. 11.4%, conferring a risk ratio of 0.37),” according to reports.

Though most kidney failure patients prefer shared decision-making around their treatments, it rarely happens. Researchers also found that for those patients who did engage in shared decision making, certain topics like the long-term financial impact of treatment were not discussed.

High Prevalence of CKD Seen in Women After Experiencing Preeclampsia

The virtual reality training — stay•safe MyTraining VR — was first offered in Germany and is now being extended to other European countries, middle eastern countries and some parts of Africa later in the year.