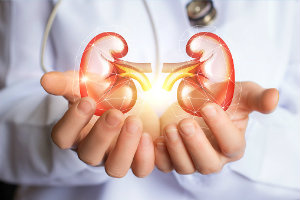 Huguelet previously held positions with North Star Anesthesia and DaVita. Prior to becoming involved in the kidney care space, he was involved in investment banking. The executive vice president and chief development officer is a newly created position for U.S. Renal Care.

A report from the George Washington University Health Workforce Institute reveals perceptions of job opportunities and salaries have improved among nephrology fellows. Researchers also found a decline in the number of respondents who changed their plans because of limited nephrology job opportunities. A majority of fellows said they would recommend nephrology to medical students and residents.

Study: Young Adults with Kidney Failure Have a Lower Quality of Life

Quality of life was worse for those on dialysis than for those who had received a kidney transplant, according to researchers. That’s because young adults on dialysis were more likely to be unemployed and living in the family home and were less likely to be married or have a partner.

A new study has found patients with ESRD have higher rates of infectious endocarditis, with hemodialysis patients being most prone to the condition. Kidney transplant patients had less than half the risk of developing infectious endocarditis. Vascular access types also impacted infection rates. Central venous catheters had more than double the infection rate than those with arteriovenous fistulas.

Intensive Glycemic Control is no Better at Slowing Kidney Disease